From Appropedia
Redirected from Turkey 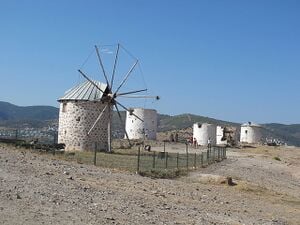 Turkey (Turkish: Türkiye [ˈtyɾcije]), officially the Republic of Türkiye (Turkish: Türkiye Cumhuriyeti [ˈtyɾcije dʒumˈhuːɾijeti] (listen)), is a transcontinental country located mainly on the Anatolian Peninsula in Western Asia, with a small portion on the Balkan Peninsula in Southeast Europe. It shares borders with the Black Sea to the north; Georgia to the northeast; Armenia, Azerbaijan, and Iran to the east; Iraq to the southeast; Syria and the Mediterranean Sea to the south; the Aegean Sea to the west; and Greece and Bulgaria to the northwest. Cyprus is located off the south coast. Turks form the vast majority of the nation's population and Kurds are the largest minority. Ankara is Turkey's capital, while Istanbul is its largest city and financial centre.

KuzeyDoğa (Northeastern Nature) is a Turkish conservation non-governmental organization operating primarily in the far eastern section of the country, with a focal area ranging from the shores of the Black Sea to Mount Ağrı (Ararat).

Renewable Energy Systems (RES) Anatolia is a branch of RES Mediterranean, situated in Turkey.[1] The RES Group is devoted to the construction of sustainable energy through the construction of wind farms and solar energy power plants. The RES Group collaborates with local landowners, as well as industrial development teams on solar and wind energy projects. The RES Group opened its subsidiary, RES Anatolia, in late 2008, in order to show its commitment to the Turkish market.[2] The Istanbul-based company currently employs 5 people. RES Anatolia has secured a location in Turkey that is estimated to yield close to 500 million watts in wind energy. The development of wind turbines in the area is projected to happen over the next 3-4 years, with an approximate investment of 750 million dollars.[2]The RES Mediterranean is optimistic about future operations in Turkey.

"We have been actively reviewing our expansion in the Mediterranean markets and have identified the Turkish market as one of the major growth areas for our business. Meeting the electricity growth in Turkey combined with the need to reduce carbon emissions, will create a favourable environment to make use of its enormous wind and solar energy resources. This acquisition is a first major milestone in what we hope will be a long and successful enterprise in Turkey".[2]Project locations for wind farms are selected based on the amount of projected wind activity through the area. Farms are constructed in a grid pattern, with minimal intrusion on neighboring wildlife and homesteads. <Landowners may lease a portion of their land for the expected lifespan of the wind farm (generally 20-25 years), which RES says will take up less than 1% of the property.[1]The RES Group oversees all projects from the licensing stage, to full operation of the wind farm.

The KuzeyDoğa organization contributes to the bird ecotourism in the eastern section of Turkey. W 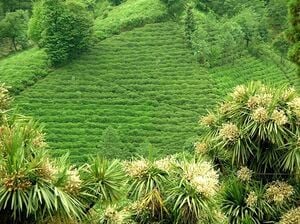 Sustainable Tea Agriculture Project is a project sponsored by Lipton to work to get the tea farms in Turkey sustainably certified by the Rainforest Alliance.

Imece is a name given for a traditional Turkish village-scale collaboration. For example, if a couple is getting married, villagers participate in the overall organization of the ceremony including but not limited to preparation of the celebration venue, food, building and settlement of the new house for the newly weds. Tasks are often distributed according to expertise and has no central authority to govern activities.

How simple acts of sharing abound during Eid Al-Adha, Aug 28[3]

How Istanbul Is Improving Public Health by Designing for Cycling, May 11[4]

"The neoliberal city is the motor of Erdogan's Turkey. Its booming economy is the result of a massive construction bubble fed by mega-projects operating on a city- and even country-wide scale, and the increasing surveillance and repression of dissent are constant reminders of the authoritarian impulse behind this urbanisation. It is a transformation that is having profoundly inegalitarian results, with middle-class flight into gated communities, deteriorating public facilities and increasing insecurity in the streets beyond the gates. In these circumstances, making the city liveable can be a form of dissent. Sokak Bizim ("Streets Belong to Us") is an NGO focused on human-centred cities and streets in Istanbul, which they engage from the perspective of pedestrians, cyclists, children, elderly and disabled people. They are best known for their "Streets Belong to Us Once a Month" events, in which they transform lifeless spaces subsumed by the functionality of neoliberal urbanisation into festive ones, to promote community-building activities and create common spaces for citizens. Radical Democracy: Reclaiming the Commons intends to amplify Sokak Bizim's message through the work of its networked medialabs and interaction with the other local hubs."[5]

School's In: Turkish Teachers Learn How To Teach Ecoliteracy, September 24[6]

Turkey has had an impressive tree planting record since the launch of the campaign, planting over 400 million trees in 2007. With slightly over 700 million trees planted to date, Turkey now attains second position in the list of top ten countries in the campaign's roll of honour.[7] March 30

From Wikipedia:Environmental issues in Turkey

Turkey hosts more than three thousand endemic plant species, has high diversity of other taxa, and is almost entirely covered by three of the world's thirty-five biodiversity hotspots. Although some environmental pressures have been decoupled from economic growth the environment still faces many threats, such as coal and diesel fuel emitting greenhouse gases and deadly fine particulate air pollution. As of 2019 there is no fine particulate limit and coal in Turkey is subsidized. Some say the country is a pollution haven.

Page data
Retrieved from "https://www.appropedia.org/w/index.php?title=Turkey_community_action&oldid=656379"
Cookies help us deliver our services. By using our services, you agree to our use of cookies.
Categories:
About Appropedia · Policies · Contact · Content is available under CC-BY-SA-4.0 unless otherwise noted.