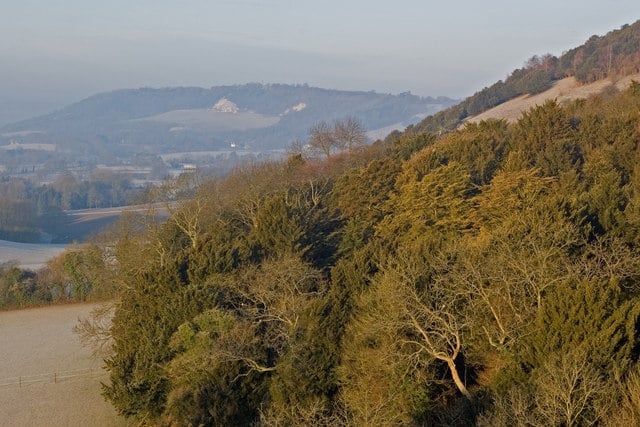 Surrey is a relatively affluent county. It has the highest proportion of woodland of counties in England. It has four horse racing courses, and golf courses including the international competition venue at Wentworth.

Guildford is popularly regarded as the county town, although since 2020 Surrey County Council has been based at Woodhatch Place in Reigate, having previously been based at County Hall, Kingston-upon-Thames since 1893. Surrey is divided into eleven districts.

In the United Kingdom the first sustainable community energy system was pioneered by Woking Borough Council, starting in 1991. The system uses traditional and a phosphoric acid fuel cell co-generation plants, thermal storage, heat fired absorption cooling and photovoltaics (over 9% of the UK's small capacity), to supply both residential and non-residential customers, as well as the Council's own facilities. By end of 2005 there were over 60 generating islands in the Borough.

Despite the investment in the plant, the system delivers cheaper energy than can be supplied from the traditional 'brown energy' suppliers, helping to tackle fuel poverty. It is part of a plan to cut local carbon dioxide emissions by 80% by 2050. Their initiatives won the Council the Queen's Award for Enterprise in 2002. W

From Wikipedia:Wey and Godalming Navigations

In July 2019, Surrey County Council declared climate emergency. Two months later, they gave the go-ahead to plans for four more oil wells at Horse Hill, near Gatwick. To highlight the dangers of more oil drilling in a time of climate emergency, there will be a demonstration in October. Sep 16[4]

How Farnham UK's Repair Café Takes a Bite Out of Waste, Feb 23[7]

Surrey moves away from incineration, Jan 6[8]

Page data
Retrieved from "https://www.appropedia.org/w/index.php?title=Surrey_community_action&oldid=654976"
Cookies help us deliver our services. By using our services, you agree to our use of cookies.
Categories:
Maintenance categories:
Comments
Privacy policy · About Appropedia · Disclaimers · Mobile view · Content is available under CC-BY-SA-4.0 unless otherwise noted.
</html