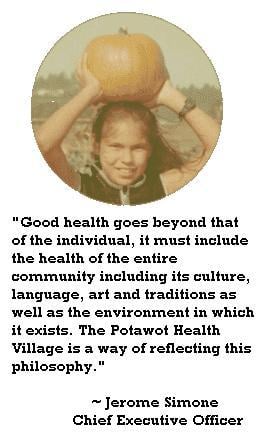 Potawot covers nine tribes and more than 13,000 American Indians, consisting mainly of Yurok, Weeot and Tolowa Tribal members. Potawot hosts UIHS's nationally recognized tobacco awareness and diabetes prevention programs which are featured at the new Health Village.[3] Because diabetes has become such a severe problem in the community, and throughout the world, Potawot and the United Indian Health Services (UIHS) have begun to take steps to address the problem (Fig. 2). The Potawot diabetes outreach program allows its participants to join groups that go on walks (Fig. 3 through 5) Monday through Wednesday during clinic hours.[4]