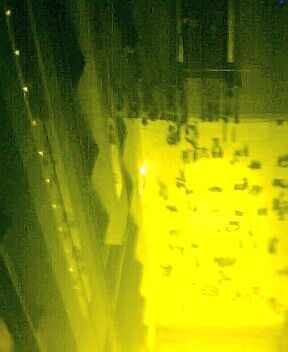 Open involvement is proposed as a style or standard of community involvement, with the idea of a similar relationship to that between open source and software.

It is intended to be of relevance to two main situations, involvement of ordinary citizens and community groups with

The more any civil society group pracitices open involvement, the more moral authority it has to advocate similar involvement with government.

Open involvement should include

"The challenge for public services is how to enlist users as co-producers and co-designers ...." Charles Leadbeater

The design stage of any project, program or process should be open to involvement. Design needs to be open as well as detail. Design here includes scope, remit, terms of reference and context.

"We're going to look at every place that a reader or a listener or a viewer or a user has been locked out, has been served up passive or a fixed or a canned experience, and ask ourselves, "If we carve out a little bit of the cognitive surplus and deploy it here, could we make a good thing happen?" And I'm betting the answer is yes." Clay Shirky at a Web 2.0 conference, April 23, 2008.

Open to all in line with resources. If resources are used, for example to publicise a process, they should not be used in ways which unfairly discriminate against any stakeholders, including ordinary citizens or community groups, or in ways which favour only a few. [1]

Active citizenry, especially when the wisdom of crowds is realised, will not be content to be treated as an inferior partner in respect of information and skills.

Open involvement avoids being tokenistic. Instead it is genuinely and extensively influential. To be seen to be influential an involvement process must contain evidence of influence.

To be transparently valued all substantive points must either have some sort of permanence within a co-created document or a reply which evidences their influence or it is transparent why the points have not been influential. What constitutes a substantive point is a matter for consensus.

Rather than measures of success being foisted upon the community, or worse still simply being ignored, open invovlement gives a primary role to the community in judging how successful a project or programme has been.