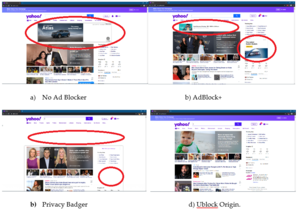 Open Source adblockers could save you 100 hours a year

In this study, three open-source ad blockers are tested against a no-ad blocker control. Page load time is recorded for browsing a representative selection of the globally most-accessed websites. The time spent watching ads on videos is quantified for both trending and non-trending content.

The results show that page load time dropped 11% with AdBlock+, 22.2% with Privacy Badger, and 28.5% with uBlock Origin. Thus, uBlock Origin can save the average global Internet user more than 100 h annually.

The energy conserved if everyone in the United States used the open source ad blocker would save over 36 Americans lives per year if it were to offset coal-fired electricity generated-based pollution. In the United States, if all Internet users enabled Privacy Badger on their computers, Americans would save more than $91 million annually. Globally, uBlock Origin could save consumers more than $1.8 billion/year.