From Appropedia
Redirected from Human-powered vehicle

Pedal power is the use of human power by pedalling to either power a device directly through a mechanical connection or to generate electricity that will be used to power it. 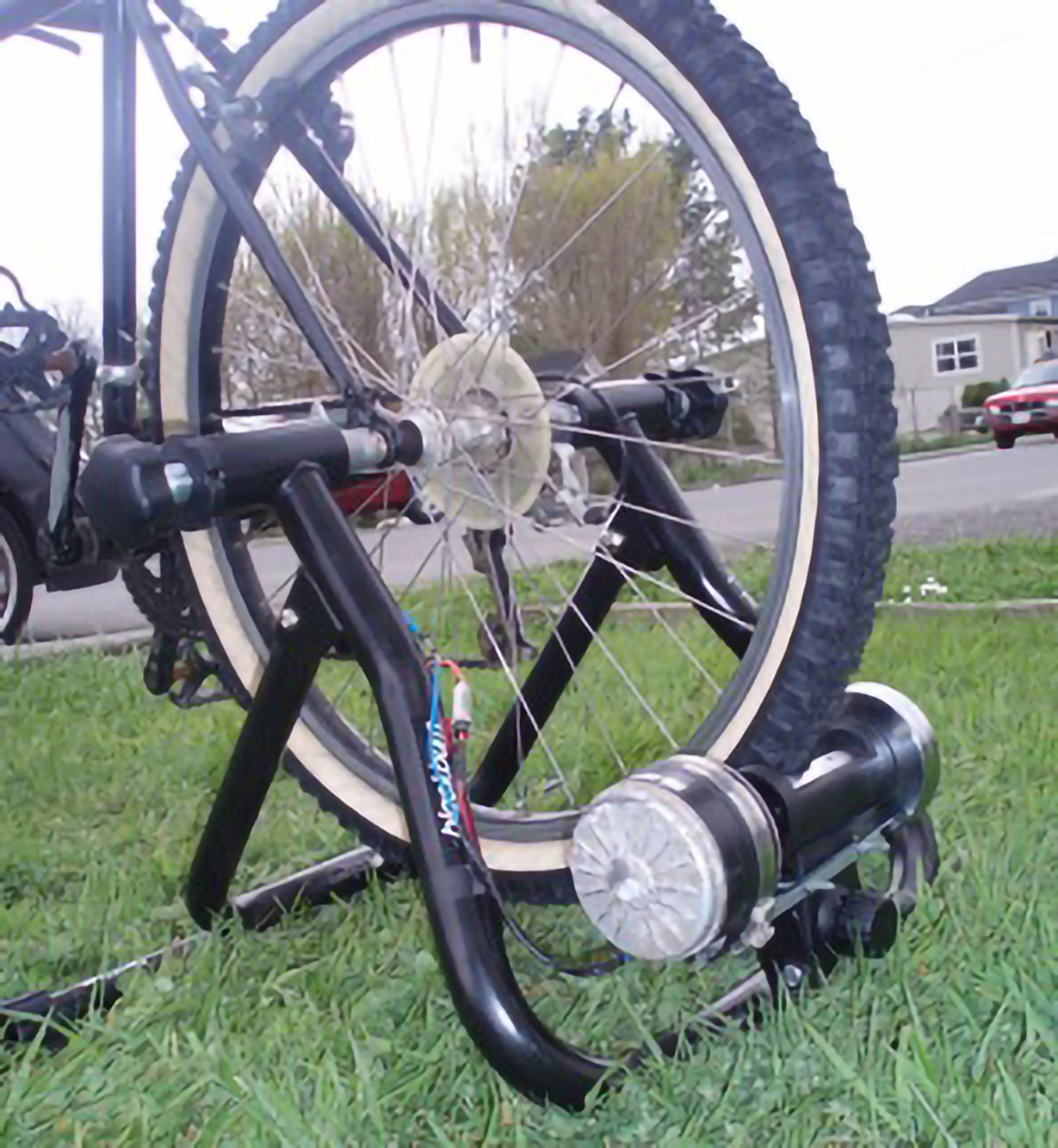 WaterPod Tour de Volts pedal powered generator
A pedal powered generator is a Human Powered Energy Generator (HPEG) that provides a method of generating electricity by means of a modified exercise bike for use in energy storage and running household appliances. Human/mechanical energy is converted into electrical current by means of a Direct Current (DC) generator that is connected by a fanbelt to an exercise bike flywheel. The energy created by the DC generator can be stored in various types of lead-acid batteries. Energy stored in battery form can act as a supplemental energy source for battery banks that may already be used for wind, hydro and photovoltaic systems. Also, energy that is stored within the lead-acid battery can be utilized as DC current for use in DC appliances such as those found in automotive mobile homes. If Alternating Current (AC) appliances are in place then a inverter must be used to transfer the 12 volts of DC current into the standard 110 volts of AC current for usage by these appliances. 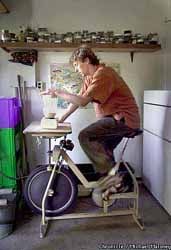 Pedal mechanical blender
Instead of generating electricity (like with pedal powered generators), devices can be powered directly through a mechanical connection.

Lever arms on cranksets can increase the power output (well) over 50%. One such system has been designed by Maurice Houbracken. Figure 1 shows 2 systems inspired by Penny-farthing bicycles. 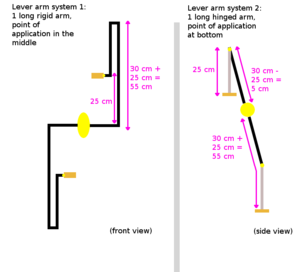 Fig. 1 Lever arm systems for use on cranksets