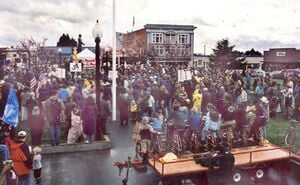 A crowd of 1,000 anti war protesters listening to speakers on the Arcata Plaza in 2002. The PA was powered by the concert generator
Project data