From Appropedia
Redirected from Hounslow 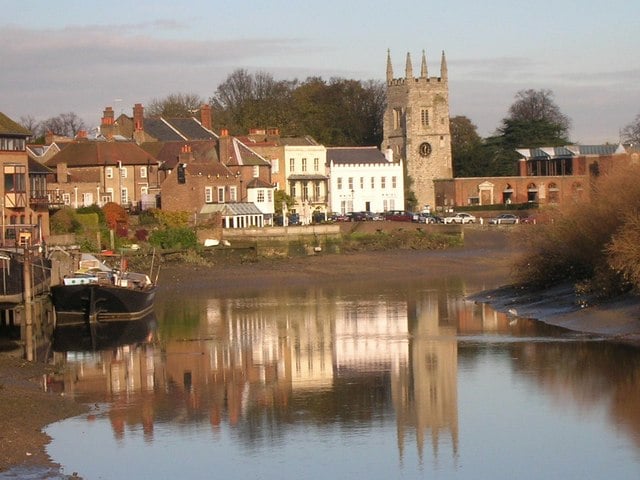 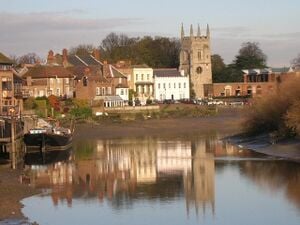 The London Borough of Hounslow (pronunciation ) is a London borough in West London, England, forming part of Outer London. It was created in 1965 when three smaller borough councils (forming part of the former Middlesex County Council area) amalgamated under the London Government Act 1963. It is governed by Hounslow London Borough Council.

The borough stretches from near Central London in the east (Chiswick) to the border with Surrey in the west (Feltham and Bedfont), covering five major towns: Chiswick (W4), Brentford (TW8), Isleworth (TW7), Hounslow (TW3, TW4, TW5) and Feltham (TW13, TW14); it borders the boroughs of Richmond upon Thames, Hammersmith and Fulham, Ealing and Hillingdon, in addition to the Spelthorne district of Surrey.

The Borough is home to the London Museum of Water & Steam and the attractions of Osterley Park, Gunnersbury Park, Syon House, and Chiswick House. Moreover, landmarks straddling the border of Hounslow include; Twickenham Stadium and London Heathrow Airport in the London Boroughs of Richmond-upon-Thames and Hillingdon respectively.

From Wikipedia:Parks and open spaces in the London Borough of Hounslow

The London Borough of Hounslow is a peripheral London borough in the south-west of the conurbation; as such part of the Metropolitan Green Belt lies within its boundaries. It has one of London's largest Nature reserves as well as many smaller gardens and sports grounds.

The party was founded on 1 January 1994 as the Isleworth Community Group to build a "vibrant community" and to advocate public participation within the decision making processes. It was non-ideological, aiming to reflect local public opinion, and criticised the "incestuous nature of establishment politics".

Park Road Allotments are allotments in Old Isleworth. They were managed by the local council who rented the land from the estate of the Duke of Northumberland. The allotments are recognised as an asset of community value but, in 2015 when the 100-year lease expired, they were threatened by redevelopment by the Duke, who proposed to build flats and houses upon the site while providing allotment space in nearby Syon Park. These plans were opposed by local parties such as the Isleworth Society and, on 20 June 2017, the planning committee of Hounslow council rejected them. The matter was then appealed and a public inquiry started on 9 October 2018.

Hounslow Community Land Project was a community garden and sports area on a derelict piece of land on Hanworth Road, Hounslow, west London. The site, owned by Transport for London, had been occupied by a group of land rights activists who have set up a camp and created a football pitch, badminton court, wildlife pond and vegetable growing areas.

Transport for London, who owned the derelict land which was formerly a dye-works and a pub, had intended to build a new bus depot there. With strong public opposition, their plans were dropped in 2009, leaving the land derelict. TfL announced plans to sell the land for other development.

Squatters moved in to form the Hounslow Community Land Project in May 2010. In December that year the project was abandoned and the group moved off of the site, citing "continuing antisocial behaviour".

River services between Westminster Pier and Hampton Court depart from Kew Gardens Pier just across the River Thames from Hounslow.[1]

Kew Bridge Ecovillage was an ecovillage and social centre in Brentford on squatted land overlooking the River Thames at the north end of Kew Bridge in west London.

Activists inspired by the land rights campaign group The Land is Ours occupied the long derelict site on 6 June 2009. The Royal Botanic Gardens, the world's largest collection of living plants and pioneer of horticultural preservation, face the ecovillage site on the opposite side of the river. The community was reported as saying it wishes to demonstrate the practicality of permaculture principles, living in simple bender structures, growing its own vegetables and recycling its waste. On 27 May 2010 police evicted the ecovillage inhabitants.

We transformed a London borough into a game to get fewer people travelling by car, here's what happened, Nov 15 [2]