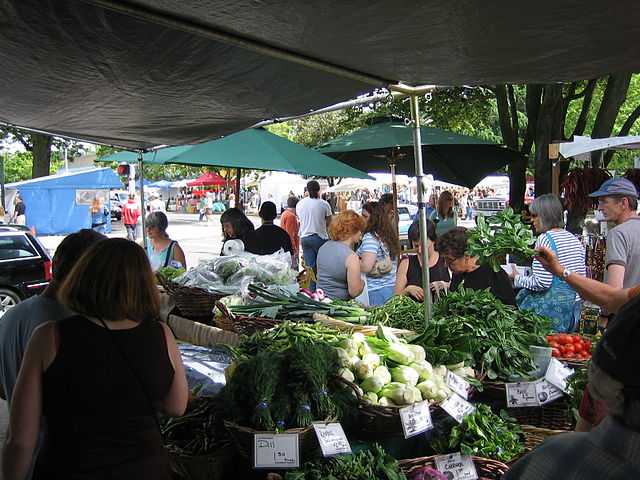 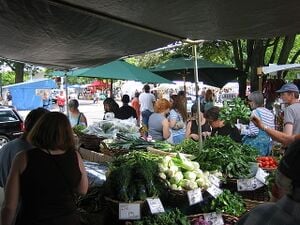 Eugene ( yoo-JEEN) is a city in the U.S. state of Oregon. It is located at the southern end of the Willamette Valley, near the confluence of the McKenzie and Willamette rivers, about 50 miles (80 km) east of the Oregon Coast.

As of the 2020 United States Census, Eugene had a population of 176,654 and covers city area of 44.21 sq mi (114.50 km2). Eugene is the seat of Lane County and the state's second largest city after Portland. The Eugene-Springfield metropolitan statistical area is the 146th largest in the United States and the third largest in the state, behind those of Portland and Salem. In 2022, Eugene's population was estimated to have reached 179,887.

Eugene is home to the University of Oregon, Bushnell University, and Lane Community College. The city is noted for its natural environment, recreational opportunities (especially bicycling, running/jogging, rafting, and kayaking), and focus on the arts, along with its history of civil unrest, protests, and green activism. Eugene's official slogan is "A Great City for the Arts and Outdoors". It is also referred to as the "Emerald City" and as "Track Town, USA". The Nike corporation had its beginnings in Eugene. In July 2022, the city hosted the 18th Track and Field World Championships.

Spencer Butte Park at the southern edge of town provides access to Spencer Butte, a dominant feature of Eugene's skyline. Hendricks Park, situated on a knoll to the east of downtown, is known for its rhododendron garden and nearby memorial to Steve Prefontaine, known as Pre's Rock, where the legendary University of Oregon runner was killed in an auto accident. Alton Baker Park, next to the Willamette River, contains Pre's Trail. Also next to the Willamette are Skinner Butte Park and the Owen Memorial Rose Garden, which contains more than 4,500 roses of over 400 varieties, as well as the 150-year-old Black Tartarian Cherry tree, an Oregon Heritage Tree.

From Wikipedia:Eugene, Oregon § Parks and recreation

The city of Eugene maintains an urban forest. The University of Oregon campus is an arboretum, with over 500 species of trees. The city operates and maintains scenic hiking trails that pass through and across the ridges of a cluster of hills in the southern portion of the city, on the fringe of residential neighborhoods. Some trails allow biking, and others are for hikers and runners only. W

Eugene is noted for its "community inventiveness." Many U.S. trends in community development originated in Eugene. The University of Oregon's participatory planning process, known as The Oregon Experiment, was the result of student protests in the early 1970s. The book of the same name is a major document in modern enlightenment thinking in planning and architectural circles. The process, still used by the university in modified form, was created by Christopher Alexander, whose works also directly inspired the creation of the Wiki. Some research for the book A Pattern Language, which inspired the Design Patterns movement and Extreme Programming, was done by Alexander in Eugene. Not coincidentally, those engineering movements also had origins here. Decades after its publication, A Pattern Language is still one of the best-selling books on urban design.

In the 1970s, Eugene was packed with cooperative and community projects. It still has small natural food stores in many neighborhoods, some of the oldest student cooperatives in the country, and alternative schools have been part of the school district since 1971. The old Grower's Market, downtown near the Amtrak depot, is the only food cooperative in the U.S. with no employees. It is possible to see Eugene's trend-setting non-profit tendencies in much newer projects, such as Square One Villages and the Center for Appropriate Transport. In 2006, an initiative began to create a tenant-run development process for downtown Eugene.

In the fall of 2003, neighbors noticed "an unassuming two-acre remnant orchard tucked into the Friendly Area Neighborhood" had been put up for sale by its owner, a resident of New York City. Learning a prospective buyer had plans to build several houses on the property, they formed a nonprofit organization called Madison Meadow in June 2004 in order to buy the property and "preserve it as undeveloped space in perpetuity." In 2007 their effort was named Third Best Community Effort by the Eugene Weekly, and by the end of 2008 they had raised enough money to purchase the property.

The City of Eugene has an active Neighborhood Program. Several neighborhoods are known for their green activism. Friendly Neighborhood has a highly popular neighborhood garden established on the right of way of a street never built. There are a number of community gardens on public property. Amazon Neighborhood has a former church turned into a community center. Whiteaker hosts a housing co-op that dates from the early 1970s that has re-purposed both their parking lots into food production and play space. An unusual eco-village with natural building techniques and large shared garden can be found in Jefferson Westside neighborhood. A several block area in the River Road Neighborhood is known as a permaculture hotspot with an increasing number of suburban homes trading grass for garden, installing rain water catchment systems, food producing landscapes and solar retrofits. Several sites have planted gardens by removing driveways. Citizen volunteers are working with the City of Eugene to restore a 65-tree filbert grove on public property. There are deepening social and economic networks in the neighborhood.

Cycling is popular in Eugene and many people commute via bicycle. Summertime events and festivals frequently have valet bicycle parking corrals that are often filled to capacity by three hundred or more bikes. Many people commute to work by bicycle every month of the year. PeaceHealth Rides, a bike share system formerly operated by Uber subsidiary JUMP, and currently operated by non-profit Cascadia Mobility, offers 300 city-owned bicycles available to the public for a small fee. Bike trails take commuting and recreational bikers along the Willamette River past a scenic rose garden, along Amazon Creek, through the downtown, and through the University of Oregon campus. Eugene is close to many popular mountain bike trails, and Disciples of Dirt is the local mountain bike club that organizes group rides and promotes trail stewardship.

In 2009, the League of American Bicyclists cited Eugene as 1 of 10 "Gold-level" cities in the U.S. because of its "remarkable commitments to bicycling." In 2010, Bicycling magazine named Eugene the 5th most bike-friendly city in America. The U.S. Census Bureau's annual American Community Survey reported that Eugene had a bicycle commuting mode share of 7.3% in 2011, the fifth highest percentage nationwide among U.S. cities with 65,000 people or more, and 13 times higher than the national average of 0.56%.

Network Charter School is a public charter school in Eugene, Oregon, United States.It is a small public charter school with between 90 and 130 students enrolled in grades 7-12. Classes are offered in a variety of locations through a network of community education organizations, including Le Petit Gourmet, Material Exchange Center for Community Art (MECCA), Nearby Nature, and Heartwise Studio. The unique offerings of the Network include class sizes of 10-15 students, practical and multicultural opportunities, and career-related learning. The school also offers a culinary arts program that provides breakfast and lunch for the student body every day. These meals are prepared by students enrolled in various culinary courses.

Network Charter School focuses on a community-based approach to education. Community service is an integrated part of the curriculum offered at Network Charter School and students are required to serve at least 20 hours per year that they are enrolled. Through the organizations that compose Network Charter School, students have several unique opportunities to engage in local events and work with businesses in Eugene and the surrounding area. In 2019, Le Petit Gourmet's culinary students won second place for Best Sweet Bite at Chef's Night Out, an annual competition between local restaurants.

Organically Grown Company, the largest distributor of organic fruits and vegetables in the northwest, started in Eugene in 1978 as a non-profit co-op for organic farmers. Notable local food processors, many of whom manufacture certified organic products, include Golden Temple (Yogi Tea), Merry Hempsters and Springfield Creamery (Nancy's Yogurt & owned by the Kesey Family), and Mountain Rose Herbs. W

NextStep ReUse (also known as NextStep Recycling) is a non-profit organization based in Eugene, Oregon. Hundreds of volunteers have provided over 136,000 hours of service refurbishing and recycling electronics. To date, 20,000 computers have been refurbished and more than 6.2-million pounds of electronic waste have been recycled. W

The Center for Appropriate Transport (CAT) is a non-profit community center dedicated to bicycles and alternative transport located in Eugene, Oregon, United States.

CAT holds publicly funded educational workshops for teaching youth from ages 12 to 21. Within the 8,000-square-foot (740 m2) facility there is a public bicycle repair workspace and a bike machine-shop for the design and manufacture of special-purpose bikes, particularly cargo bikes and recumbents. There is also a bike museum on site, a bike rack-building workshop, and a sewing facility. CAT formerly held the offices of Oregon Cycling magazine, which ceased publishing in 2009. CAT is also home to Pedaler's Express, a pioneering workbike-based delivery service.

In 2021, the facility and programs were bought by the non-profit Better Eugene-Springfield Transportation (BEST).

From Wikipedia:Center for Appropriate Transport

By 1995 the emphasis turned to youth education when CAT began contracting with local school districts to work with youth in need of a hands-on education. CAT is an alternative education program registered with the Oregon Department of Education and as such is one of the few publicly funded bicycle schools in the United States.

Eugene's Saturday Market, open every Saturday from April through November, was founded in 1970 as the first "Saturday Market" in the United States. It is adjacent to the Lane County Farmer's Market in downtown Eugene. All vendors must create or grow all their own products. The market reappears as the "Holiday Market" between Thanksgiving and New Year's in the Lane County Events Center at the fairgrounds. W

The KLCC Microbrew Festival is held in February at the Lane County Fairgrounds. It provides participants with an introduction to a large range of microbrewery and craft beers, which play an important role in Pacific Northwest culture and the economy. W

Eugene has a growing problem with homelessness. The problem has been referenced in popular culture, including in the episode The 30% Iron Chef in Futurama. During the COVID-19 pandemic, the city experienced a controversy over its continuing policy of homeless removal, despite CDC guidelines to not engage in homeless removal.

Page data
Retrieved from "https://www.appropedia.org/w/index.php?title=Eugene,_Oregon_community_action&oldid=667910"
Cookies help us deliver our services. By using our services, you agree to our use of cookies.
Categories:
About Appropedia · Policies · Contact · Content is available under CC-BY-SA-4.0 unless otherwise noted.