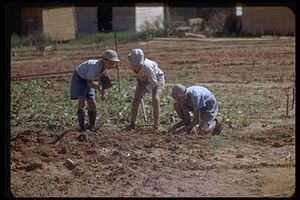 This page is the beginnings of a portal for Israel community action in response to Ecological emergency. Please see Ecological restoration for a topic overview.

From Wikipedia:Society for the Protection of Nature in Israel

Society for the Protection of Nature in Israel (Hebrew: החברה להגנת הטבע, HaHevra LeHaganat HaTeva), or SPNI, is an Israeli non-profit environmental organization working to preserve plants, animals, and natural environments that represent bio-diversity, by protecting the lands and waters needed for their survival, and is Israel's oldest and largest conservation organization.

From Wikipedia:Society for the Protection of Nature in Israel § Major divisions

Best known to the public for sponsoring hikes (today, SPNI's hikes are guided in Hebrew - the only regular nature tours in English are through SPNI-Jerusalem branch), SPNI is also active in political and environmental improvement efforts. Projects have included working out an agricultural management plan for the Hula Valley to insure the health of migrating common cranes, and preventing the draining of a large area of salt pans, the last breeding site in Israel for Nubian nightjars. The campaign to create the 2004 Coastal Law, which forbids new development in any area within 300 meters from the coastline was a notable accomplishment. With almost 800 employees, SPNI is an enormous non-profit organization, with a wide range of activities, thus SPNI is known as well by its various divisions' names as it is by the name "SPNI".

From Wikipedia:Society for the Protection of Nature in Israel § Environmental Protection Division

SPNI's Environmental Protection Division (EPD) is the watchdog and advocate for the little remaining open space left in Israel. Mass immigration has contributed to a drain on water resources, increased land usage for housing and industrial development, and major transportation congestion and pollution issues. Israel today is highly urbanized, with one of the world's highest population density rates. On a national level, the number of persons per square kilometer is very close to that of Japan, while the Tel Aviv area's density is higher than that of Hong Kong. SPNI is dedicated to finding creative solutions to preserve Israel's fragile ecosystem.

SPNI promotes conserving and establishing new Metropolitan Parks and recreation areas in central Israel. Lobbying for the legal establishment, infrastructure in public areas, for the purpose of using them as parks in population-dense areas that lack parks. The success of this project will ensure that there will be 8 open spaces in Israel's densely populated central region that will act as recreation, nature and sport areas close to place of living. W

Israel's rivers are in a state of crisis. Problems include drainage – draining water from the waterways for industrial, agricultural and residential use; sewage dumping – sewage and other waste, often toxic, is being dumped in the rivers; lack of enforcement – plans to protect the rivers and streams are postponed; and rapid development – unsustainable land development along stream banks cause serious harm to rivers, streams and water habitats. SPNI's River Rehabilitation Campaign strategically researches the problems, suggests solutions and networks with the various organizations to agree on a master plan, while running a public awareness campaign on river, stream and water management issues.

Israel's main source of fresh water is the Sea of Galilee. A major beauty spot for Israelis and visitors, the Kinneret has been threatened for years by overuse of its water and commercialization of its beaches. SPNI's Lake Kinneret Project enlists the cooperation of all involved parties in maintaining the Kinneret water levels and in keeping its shoreline accessible to the public for future generations. W

The Mediterranean coast is one of the country's greatest recreation and tourist assets. The creation of marinas, coastal housing, and private beaches limit the enjoyment of this asset by the general public. SPNI is working at every level to keep Israel's beaches clean, ecologically natural, and accessible to all. W 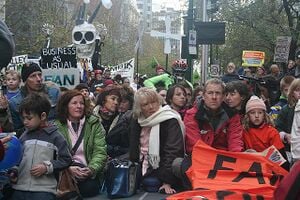 From UN Decade on Ecosystem Restoration[edit] 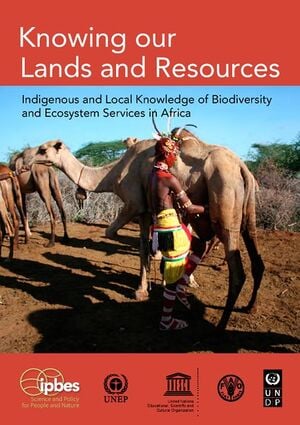 The UN Decade on Ecosystem Restoration 2021-2030 is a rallying call for the protection and revival of ecosystems all around the world, for the benefit of people and nature. It aims to halt the degradation of ecosystems and restore them to achieve global goals. The United Nations General Assembly has proclaimed the UN Decade and it is led by the United Nations Environment Programme and the Food and Agriculture Organization of the United Nations. The UN Decade is building a strong, broad-based global movement to ramp up restoration and put the world on track for a sustainable future. That will include building political momentum for restoration as well as thousands of initiatives on the ground. [2]