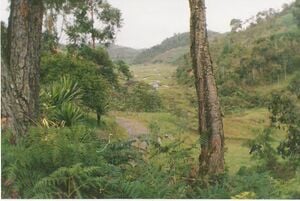 "BOSQUE HUMEDO BIODIVERSO" is a business initiative headed by a local NGO that uses fruit and pulp as ingredients for the local cosmetics and food industries. The use of non-timber products will reduce deforestation of tropical forests and local families will benefit from collecting value-added goods. This helps develop alternative income sources and promotes the sustainable management of local biodiversity.

A national NGO and local community associations are engaged in an initiative to reverse environmental degradation and social exclusion produced by illegal and uncontrolled mechanized mining. A mining certification process and capacity building program have been created created. More than 1000 artisan mines are now following social and environmental criteria.

"Camarones Sostenibles del Golfo de Morrosquillo". The partners of this project are a community-based organization, a local NGO and a small business which are aiming to establish a cooperative enterprise that includes families of traditional fishermen in the Morrosquillo Gulf, farming shrimp in a way which produces zero emissions.