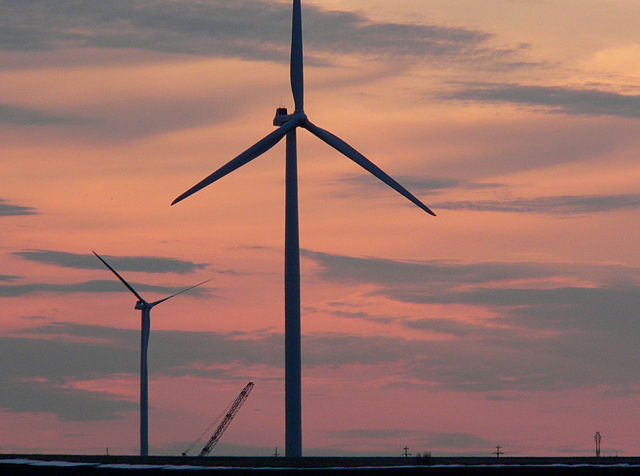 Manitoba ( (listen) MAN-ih-TOH-bə) is a province of Canada at the longitudinal centre of the country. It is Canada's fifth-most populous province, with a population of 1,342,153 as of 2021, of widely varied landscape, from arctic tundra and the Hudson Bay coastline in the north to dense boreal forest, large freshwater lakes, and prairie grassland in the central and southern regions.

Winnipeg was the first city in Canada to hold an official Ciclovia, on Sunday, September 13, 2009. The event saw thousands of people crowd Broadway on bikes, skateboards and on foot. The event was such a success that organizers, the Downtown Winnipeg BIZ, hope to make it an annual event. [1]

Got Bannock? in Winnipeg[edit | edit source]

Althea Guiboche knows what it's like to go hungry. The single mother of seven became homeless after her house was destroyed by flooding in 2010. In 2013, inspired by the Idle No More movement, she began handing out bannock (a dense, yeastless bread popular in First Nations cooking), and homemade chili to the homeless and precariously housed people in Winnipeg's impoverished North End. Got Bannock? started out as a one-woman operation, but the twice-monthly "days of action" now include dozens of volunteers from every corner of the city, who prepare and distribute hot meals for hundreds of people. "I had no idea where this (effort) would be when I started, and now it's like these people are all my relatives. I hug them all, I love them all, I'm here for them, the Bannock Army is here for them," Guiboche told the WinnipegSun as the project celebrated its fourth anniversary. If you're passing through Winnipeg, think about giving them a hand. [2] Got Bannock?

Andrea Valle and Kelly Hughes moved to Winnipeg's Centennial neighborhood, one of the poorest postal codes in the nation, and noticed that many of their neighbors weren't getting enough to eat. Hughes built a cupboard by hand and planted it on the edge of their yard, and the couple stocked it with food. Now Winnipeggers come to take, leave, and trade food at all hours — and to make new friends. Inspired by Got Bannock?, Hughes and Valle are working with community members to create copycat cubpoards around town. [3]

The Manitoba Eco-Network does not lobby and is non-partisan; however, some of its member groups are partisan organizations and may lobby government or participate in government consultations. The Steering Committee of the organization is elected at the Annual General Meeting and is composed of representatives of member groups and one or two individual members. Funding is provided by The Government of Manitoba, The Government of Canada, various foundations and granting agencies, membership fees, donations, and through fundraising events.

Couple Builds Community Cupboard in One of Winnipeg's Poorest Neighborhoods, May 31 [4]

Why Peg City Car Co-op is Joining Forces With Housing Co-ops in Winnipeg, Canada, May 2 [5]

Page data
Retrieved from "https://www.appropedia.org/w/index.php?title=Manitoba_community_action&oldid=641356"
Cookies help us deliver our services. By using our services, you agree to our use of cookies.
Categories:
Maintenance categories:
Comments
Privacy policy · About Appropedia · Disclaimers · Mobile view · Content is available under CC-BY-SA-4.0 unless otherwise noted.
</html