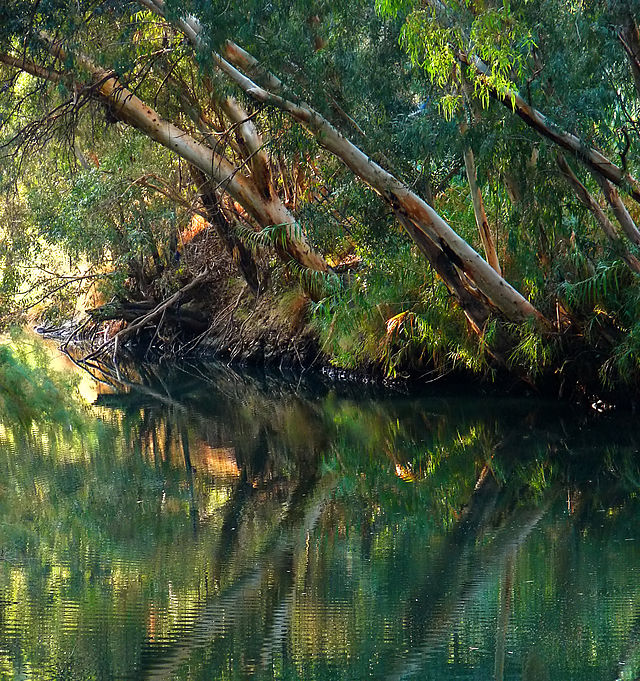 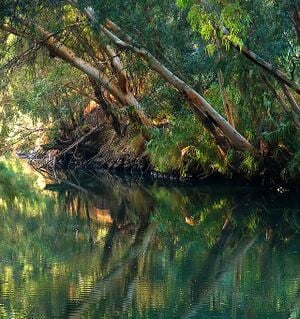 Jordan (Arabic: الأردن; tr. Al-ʾUrdunn [al.ʔur.dunː]), officially the Hashemite Kingdom of Jordan, is a country in Western Asia. It is situated at the crossroads of Asia, Africa, and Europe, within the Levant region, on the East Bank of the Jordan River. Jordan is bordered by Saudi Arabia to the south and east, Iraq to the northeast, Syria to the north, and the Palestinian West Bank, Israel, and the Dead Sea to the west. It has a 26 km (16 mi) coastline in its southwest on the Gulf of Aqaba's Red Sea, which separates Jordan from Egypt. Amman is Jordan's capital and largest city, as well as its economic, political, and cultural centre.

wikipedia:Ecotourism in Jordan: has grown tremendously due to environmental pressures and the demand for jobs outside of the cities, especially since the establishment of the Dana Biosphere in 1993, the first biosphere reserve.

Eco-tourism has generated tremendous revenue for the country and the rural communities in the nature reserves. The RSCN has a 100% local employment policy in all their protected areas, resulting in eco-tourism directly supporting around 160,000 families throughout Jordan.

It is the local communities' involvement in these nature reserves that makes eco-tourism a success. The local communities contribute to eco-tourism by leading tours and hikes, working in the lodges and restaurants, transporting people and resources, and other various jobs. Manual labor is used more than machines, providing a smaller impact on the environment and more jobs. Community members originally relied on hunting and herding for income. Now, with the wide variety of jobs, there is less hunting and a better standard of living. Herding was once sustainable, but with population growth there was too much pressure on the diverse plants and grazing area. Hunting was decreasing biodiversity and endangering animals like the Nubian ibex. Now, these animals are used as a tourist attraction rather than food. The communities still graze their herds, but they keep significantly less and respect no grazing areas. Furthermore, eco-tourism is also helping to revive communities. With the help of USAID, the city of Dana, near the Dana Biosphere Reserve, is rebuilding fifty-seven historic houses. The goal of the project is to bring back the community members who left the poor city in search of work. Through eco-tourism, poverty is reduced, the environment is protected, and heritage is restored.

However, despite the economic benefits, eco-tourism is not without controversy. Eco-tourism projects, especially in the beginning, are not always as environmentally conscious as possible.

The Sahara Forest Project is an environmental solution to the challenges of the production of key resources, such as clean water, clean energy and a sustainable production of food. Norway and Jordan signed an agreement in January 2011 to allow the development of a pilot Sahara Forest Project on a plot in a coastal area in Jordan. The plot is 200,000 square meters and is located in Aqaba, a town in the far south of Jordan and close to the Red Sea. The agreement also secured 2 million square meters of additional land for later expansion. The Sahara Forest Project combines the use of Seawater Greenhouses and Concentrated Solar Power to establish vegetation in arid areas.

Light of Hope in the Middle of the Crisis: Solar Power to Light Up Syrian Refugee Camp in Jordan, Dec 3[2]

Clean Up the World weekend: In a demonstration of the support the campaign receives from the Australian Government's Department of Foreign Affairs and Trade, the staff of the Australian Embassy in Amman, Jordon will host an environmental education day for Pella locals. Joining in on the activities will be a local environmental organisation, Friends of the Earth Middle East, and school children from the Jordan Valley area.[4] September 15

Page data
Retrieved from "https://www.appropedia.org/w/index.php?title=Jordan_community_action&oldid=661878"
Cookies help us deliver our services. By using our services, you agree to our use of cookies.
Categories:
About Appropedia · Policies · Contact · Content is available under CC-BY-SA-4.0 unless otherwise noted.