The Sahara Forest Project is an environmental solution to the challenges of the production of key resources, such as clean water, clean energy and a sustainable production of food. Norway and Jordan signed an agreement in January 2011 to allow the development of a pilot Sahara Forest Project on a plot in a coastal area in Jordan.[1] The plot is 200,000 square meters and is located in Aqaba, a town in the far south of Jordan and close to the Red Sea. The agreement also secured 2 million square meters of additional land for later expansion. The Sahara Forest Project combines the use of Seawater Greenhouses and Concentrated Solar Power to establish vegetation in arid areas. [2] 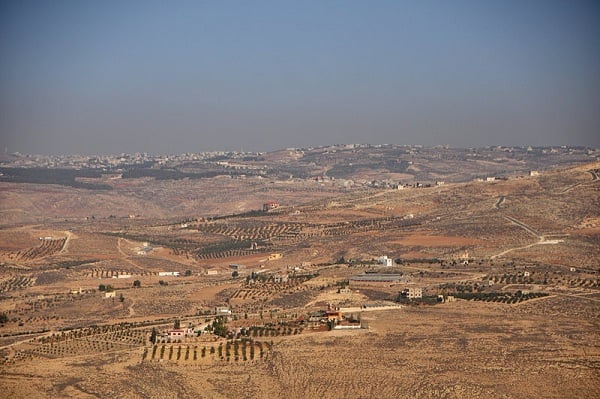 Seawater Greenhouse Technology was developed by British inventor Charlie Paton who is also the co-founder and director of the Sahara Forest Project. [3]

An infrastructure for bringing saltwater from the Red Sea inland is the core concept of the project in Jordan. Seawater is evaporated at the front of the greenhouse to create cool humid climate conditions inside.

The seawater is heated by the sun in a network of pipes that run above the growing area, making the air hot and humid. The hot air then meets a series of vertical pipes through which cool seawater passes. When hot air meets the cool surface it causes the water to condense. A portion of this evaporated water then condenses onto cold surfaces, such as the roof, turning into fresh water used to irrigate the crops inside. The cool and humid conditions enable the crops to grow with very little water. [4]

The saltwater will also be evaporated over out¬door evaporative structures, called “hedges”, to create external spaces with sheltered and humid conditions, which will be used to aid vegetation of the environ¬ment outside the greenhouse. [5]

The seawater greenhouse technology is paired with Concentrated Solar Power electricity generation facilities. The system uses mirrors to concentrate solar energy in order to create high temperatures to produce steam that can power a conventional steam turbine. The surrounding facilities and vegetation will ensure that more sun reaches the mirrors and less dust settles on the reflecting surfaces. Saltwater from the greenhouse will be used to cool the CSP-facility so as to cost-efficiently increase power production. The waste heat from the CSP-facility will then be used to provide heating to the greenhouse during cold nights. [6]

Goals of the Project[edit | edit source]

The goal of the Sahara Forest Project is to create sustainable vegitation and green jobs in arid, desert areas through the production of food, water, and clean electricity.