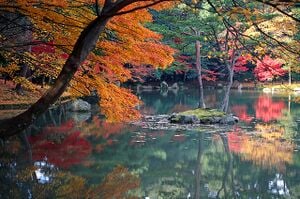 How the MyMizu app is creating community and fostering sustainability in Japan, Nov 20 [1]

How Japan is working towards creating a true sharing economy, Nov 19 [3]

The three-degree world: cities that will be drowned by global warming, Nov 3 [4]

This Japanese town is on target to produce zero trash, December 11 [10]

Japan vows 25% reduction by 2020 compared with 1990 levels, but dependent on other nations agreeing targets at December's climate talks in Copenhagen, [19] September 7