From Appropedia
Redirected from Botswana 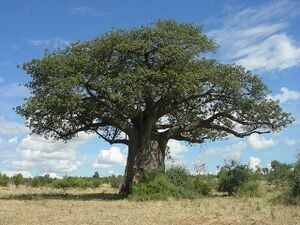 Botswana ( (listen), also UK: ), officially the Republic of Botswana (Setswana: Lefatshe la Botswana; Kalanga: Hango yeBotswana), is a landlocked country in Southern Africa. Botswana is topographically flat, with up to 70 percent of its territory being the Kalahari Desert. It is bordered by South Africa to the south and southeast, Namibia to the west and north, and Zimbabwe to the northeast. It is connected to Zambia across the short Zambezi River border by the Kazungula Bridge.

A mid-sized country of slightly over 2.3 million people, it is one of the most sparsely populated countries in the world. About 11.6 percent of the population lives in the capital and largest city, Gaborone. Formerly one of the world's poorest countries—with a GDP per capita of about US$70 per year in the late 1960s—Botswana has since transformed itself into an upper middle income country, with one of the world's fastest-growing economies.

The United Nations Development Programme claims that poverty is a major problem behind the overexploitation of resources, including land, in Botswana. To help change this the UNDP joined in with a project started in the southern community of Struizendam in Botswana. The purpose of the project is to draw from "indigenous knowledge and traditional land management systems". The leaders of this movement are supposed to be the people in the community, to draw them in, in turn increasing their possibilities to earn an income and thus decreasing poverty. The UNDP also stated that the government has to effectively implement policies to allow people to manage their own local resources and are giving the government information to help with policy development. W