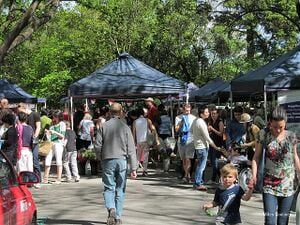 This article focuses on information specific to New Zealand community action. Please see our CASwiki resources page for an overview.

Vogelmorn Community Group, "charitable trust set up in 2015 which owns the land and buildings of the former bowling club. (The Hall and most of the adjacent Green are owned by Wellington City Council.) The buildings are available for rental to community groups and arts practitioners for workshops, rehearsals, classes and many other activities. VCG also organises events, or co-hosts them with other groups and individuals."

Atamai Village: Atamai Village near Motueka in the Tasman region of New Zealand's South Island, has been going since about 2007. The development was designed as an enduring settlement to accommodate approximately 200 people, living in a traditional village environment designed along permaculture principles. Families were to own private dwellings and share in 45 ha of common land. They never got to own any of the common land. Transport in the village was be by bicycle, but everyone drove cars. Resources such as water, waste management, fuel, energy and food were be have been produced and provided within the village wherever possible. This idea failed. The entire village, as well as individual house sites, was supposed to have been designed on permaculture principles to enhance both the physical and social resilience of the Atamai community. This never happened. The so-called village never actually materialised. It has been an abject failure, with only a few permanent residents. Several people purchased land within the development and then, realising their mistake, tried to put their land on the market. But there was no market, because the trustees of the property development insisted on covenants being placed on titles and those covenants acted as a deterrent to any would-be purchaser who didn't want to be part of the development. The development site is now a mass of mud and excavations with a few unattractive buildings dotted around. The area is festooned with real estate agents' "for sale" notices. The death knell of the whole venture was sounded when one of the founding trustees/ project manager, fled New Zealand to avoid his creditors, the Inland Revenue and various banks. He was bankrupt, Owing well in excess of NZ$1 million. The venture, throughout its existence, attracted the attention of the New Zealand authorities, including the Charities Commission (which revoked its charitable status, the Financial Markets Authority and local regulatory bodies. Although it was advertised as an eco-village, the excavations and constructions were carried out at enormous environmental cost, using diesel fuelled heavy excavating equipment. It was never what it was advertised to be. It had all the features of an old-fashioned commune, led by a self-styled guru, whose belief system focused on Peak oil and the end of the world as we know it. The discredited notion of millennialism, reinforced by the American-style "end of the world prepper" activities were, in reality at the heart of this failed venture. Its failure was the subject of numerous articles in the local and regional newspaper, the Nelson Mail.[1]

In March 2017, the New Zealand Parliament passed the "Te Awa Tupua" (Whanganui River Claims Settlement) Bill to provision the full rights of personhood upon the Whanganui river. This landmark legislation was 140 years in the making, as the Whanganui iwi tribe had campaigned for the river to be recognised as a living entity with legal rights since the 1870s. With this new designation, if the river is harmed or contaminated it will result in the same penalties and legal ramifications as if damage or injury had been done to the tribe or any of its members, because it is now recognized as being one and the same.

Guardians from both the Whanganui iwi and the New Zealand government have been appointed to act on behalf of the river, which will be legally represented by two lawyers, and treated like a charitable trust. The legislation also provisions $80 million New Zealand dollars ($56 million) as reparations to the iwi and NZ$30 million ($21 million) toward a legal defense fund, and NZ$1 million ($700,000) to form the necessary legal framework.

Shortly after this ruling, a similar designation was given to the Ganges river by a court in India that referenced the New Zealand law as a precedent for their decision.[2]

Page data
Retrieved from "https://www.appropedia.org/w/index.php?title=Resources_New_Zealand&oldid=666274"
Cookies help us deliver our services. By using our services, you agree to our use of cookies.
Categories:
About Appropedia · Policies · Contact · Content is available under CC-BY-SA-4.0 unless otherwise noted.