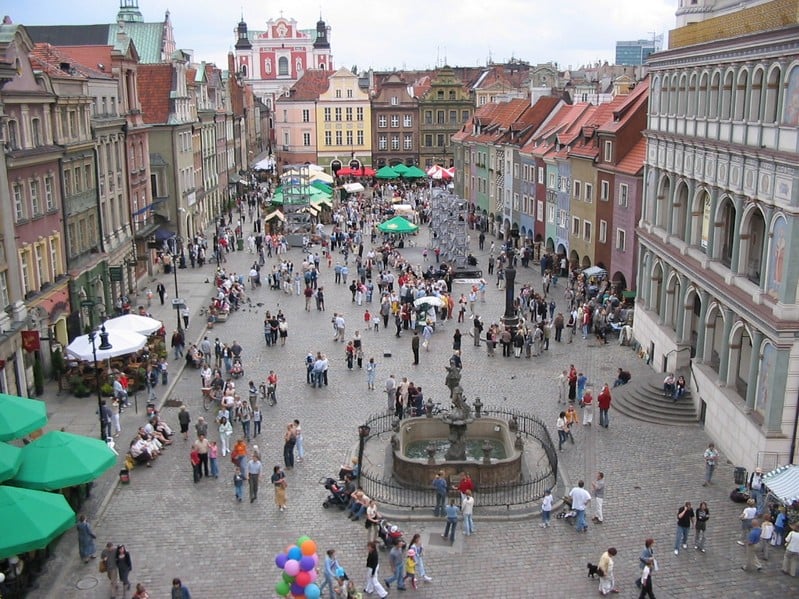 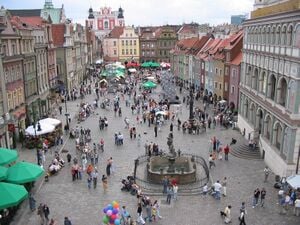 Poland, officially the Republic of Poland, is a country in Central Europe. It is divided into 16 administrative provinces called voivodeships, covering an area of 312,696 km2 (120,733 sq mi). Poland has a population of over 38 million and is the fifth-most populous member state of the European Union. Warsaw is the nation's capital and largest metropolis. Other major cities include Kraków, Łódź, Wrocław, Poznań, Gdańsk, and Szczecin.

Poland's territory extends from the Baltic Sea in the north to the Sudeten and Carpathian Mountains in the south. The country is bordered by Lithuania and Russia to the northeast, Belarus and Ukraine to the east, Slovakia and the Czech Republic to the south, and Germany to the west. Poland also shares maritime boundaries with Denmark and Sweden.

From Wikipedia:Wind power in Poland

From Wikipedia:Solar power in Poland

Solar energy in Poland includes the production of solar thermal energy and solar photovoltaics. Solar thermal, used for heating water, used 1,700,000 square metres (18,000,000 sq ft) of installed solar thermal collectors at the end of 2014. This corresponds to about 1,200 MWth capacity. Solar collectors are the second largest source of renewable heat in Poland, after biomass heating plants. In 2014, Poland was ranked fourth in sales of solar collector installations among European countries.

Poland: Opening the heart of the city

In the heart of Warsaw, tucked away in the lush green tangles where John Lennon Street meets Jazdów, lies a community of small rural houses. Established by the USSR in 1945 as a part of Finnish war reparations, they form an enticing island of tranquility in the capital’s urban landscape, and a living monument to the city’s 20th century history. Yet in recent years, city officials have decided that they would rather replace this area with the glass skyscrapers so typical of large city centres. In response to this, social activists responded by organising Otwarty Jazdów (Open Jazdów), a grassroots initiative that includes current and former Jazdów residents, community organizations, local activists and young politicians trying to stop the demolition of the houses by promoting Jazdow as a common space for the city’s inhabitants. It is a process that is similar to what activists are doing in the neglected, formerly industrial Ursus district. Starting in 2012, people in this district have been organising actions that criticise the urban decay it has been subjected to, informing the public of residents’ unmet needs and promoting the district’s history through the bottom-up creation of a Social Museum. As each of these campaigns uses the institutional and grassroots tools at their disposal in their disputes with city officials, Radical Democracy: Reclaiming the Commons will help amplify their message so that they can achieve their goals. [1]

Will no one stop Poland destroying Europe’s most precious forest? Apr 3 [4]

Wikipedia: Poland, The World Wide Fund for Nature in Poland