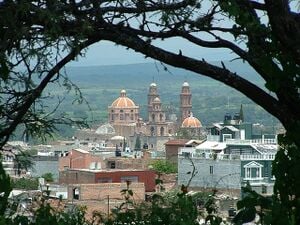 Mexico is one of the 17 megadiverse countries of the world. With over 200,000 different species, Mexico is home of 10–12% of the world's biodiversity. Mexico is also considered the second country in the world in ecosystems and fourth in overall species. Approximately 2,500 species are protected by Mexican legislations.

In 2002, Mexico had the second fastest rate of deforestation in the world, second only to Brazil. The government has taken another initiative in the late 1990s to broaden the people's knowledge, interest and use of the country's esteemed biodiversity, through the Comisión Nacional para el Conocimiento y Uso de la Biodiversidad.

SuMar, Community Journalism in the Gulf of California

Via Organica, a regenerative farm in San Miguel de Allende, Mexico, is more than just a place that grows and sells fresh, organic produce to the local community. Rosana Álvarez, the farm's founder, also runs an educational center, restaurant, and store. By centralizing these operations, Álvarez is seeking to improve the livelihoods for local farmers and vendors.

Álvarez points to the example of a vendor who used to wake up at 4:30 a.m. every morning, take a long bus ride into the city, and walk from house to house selling tortillas. She would often return home at 7-8 p.m. at night, having sold only a few hundred pesos' worth of tortillas — making roughly $10-$20 for a full day's work. But now, Álvarez says, the vendor needs to travel to San Miguel just once per week to deliver tortillas in bulk to Via Organica. And she receives payment up front, Álvarez says. For Álvarez, this model represents a push to better the lives of local food producers and incentivize sustainable agricultural practices.

"I talk to people who take a bus, another bus to make two hundred pesos a day. Via Organica has changed that. People are making 10,000 pesos a week," she says. The extra income improves quality of life for vendors and allows them to spend more time with their families.

Álvarez founded Via Organica in 2009 after learning about organic farming from representatives at the Organic Consumers Association, a U.S.-based advocacy group. She says she was amazed by what she learned about the power of food, and with the help of the association, the farm was born. Almost a decade later, Via Organica now offers more than 2,000 organic and sustainable products in its store and serves hearty and healthy Mexican delicacies in its restaurant.

Álvarez says the organization also hold free workshops, classes, and internships, and helps organize a farmers' market in San Miguel. Every week, locals gather in Via Organica for workshops on healthy eating, composting, and other lessons. At the farm outside of the city, local schoolchildren learn about how to harvest and the different crops Via Organica grows. "Our way of eating has changed," Álvarez says. "Things are getting out of hand. So we are working to return to clean water and clean food. We are educating children."

Since the North American Free Trade Agreement went into effect in 1994, the Mexican food system has been destabilized, with processed products imported from the U.S. disrupting small farms. But despite the uphill battle, Álvarez passionately encourages her producers to hold on to their land and their traditions. "I tell my farmers, 'This land is precious,'" she says. "This land without pesticides, they have to hold on to it."

Sustainable farming, especially community-focused projects like Álvarez's, relies on the universal language of food to reshape the way people see their role as stewards of the earth. But it also serves a simpler but equally vital purpose: demystifying agriculture and empowering people with the knowledge of where their food comes from. "We deserve to know what we are eating," Álvarez says.[3] 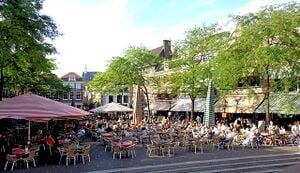 A new, collective business model for traditional crafts in Oaxaca, May 2 [5]

How This Small Town In Mexico Uses Solar Power For Economic Justice, Jan 24 [6]

A proposal to daylight and restore all 45 of Mexico City's urban rivers, Jul 15 [9]

Four Ways Mexico's Indigenous Farmers Are Practicing the Agriculture of the Future, August 12 [12]

An Ecovillage Survives as a Haven for Deep Ecology in Mexico's Central Mountains, May 29 [13]

Mexico City has been experiencing high temperatures, writes Daniel Hernández of Intersections, with some reports of 50 C temperatures inside some Metro stations.[16] May 14

Mexico: water shortages affecting nearly 2 million residents,[17] June 17, 2009 "This should be a wake-up call to start paying attention to the basics, but I expect we'll wake up one morning in Chicago, or New York or London shocked, shocked that OUR systems have just stopped working and we won't have a clue how it happened. Same way it's happening in Mexico City. Just not paying attention to the basics of life." [18] April 9

Mexico: A lack of water in Mexico City,[22] March 26. Mexico City is running out of water. Daniel Hernandez of Intersections writes about what the local government is doing to address the situation, but officials say "drastic steps" may need to be considered including the possibility of turning off the water on the weekends.

Mexico to host World Environment Day 2009,[23] September 22. The theme will be 'Your Planet Needs You-UNite to Combat Climate Change'. It reflects the urgency for nations to agree on a new agreement at the crucial climate convention meeting in Copenhagen some 180 days later in the year, and the links with overcoming poverty and improved management of forests.