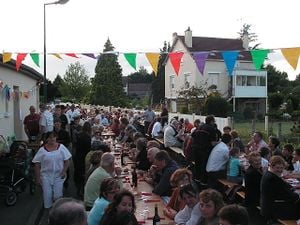 CASwiki news articles have a focus on news of community action for sustainability. This article is an offshoot from CASwiki's France article and is for news and comment in that context.

France to capitalise on 'resounding success' of green renovation, Jul 22 [4]

France to ban some domestic flights where train available, Apr 12 [5]

France's citizen climate assembly: Macron's experiment under fire after more than half of the proposals from citizens dropped from the French climate law. Feb 16 [6]

The French are going to put "repairability" scores on consumer goods, in the fight against planned obsolescence. Should we do so here? [7] Nov 4

A crime called "ecocide": how Macron in France, and the Danish Parliament, are willing to use laws (and referenda) to hit climate targets [8] Aug 10

France to ban heated terraces in cafes and bars.[9] Jul 27

'I leave the car at home': how free buses are revolutionising one French city, Oct 15 [13]

State-Sanctioned Agroecological Transition? The State of Food in France [14] Apr 5

L'Atelier Paysan is a French cooperative that works with farmers to design machines and buildings adapted to the specific practices of small farm agroecology, Mar 17 [18]

France says 'no' to all new oil exploration permits, January 14 [26]

France's plan to increase its soil carbon is an example to the world, October 17 [29]

A remarkable day in Ungersheim, a Village in Transition, September 28 [30]

France to force big supermarkets to give away unsold food to charity, May 22 [32]

France decrees new rooftops must be covered in plants or solar panels, March 29 [33]

This new law is designed to make products easier to repair, so they stay out of the trash, March 9 [34]

Weaving together sustainable journeys in Toulouse, May 7 [40]