CASwiki news articles have a focus on news of community action for sustainability. This article is an offshoot from Australia community action and is for news and comment in that global or international context. Image: Cyclists riding for the 350 climate action. Melbourne, October 24, 2009. Attribution: Takver from Australia
Location data

We can't tackle the climate crisis by ignoring the root cause of our problems.[5] Jan 22

The government has been forced to talk about climate change, so it's taking a subtle – and sinister – approach, Greg Jericho.[7] Jan 13

The Australian bushfires may be the "Chernobyl" of climate crisis - the event that makes our current system untenable, Jan 4 [9]

Is climate change to blame for Australia's bushfires? [12] Nov 11 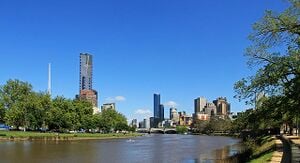 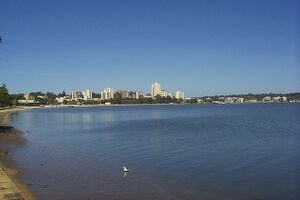 Grow Free Improves Food Access in Australia, One Cart at a Time, Sep 11 [21]

What about the people missing out on renewables? Here's what planners can do about energy justice, Sep 10 [22]

Cities Are Driving a Public Library Boom in Australia, Apr 4 [23]

As doctors, we are worried about climate change, Nov 20 [27]

Transition in Australia: an open letter to Transitioners, September 3

Following Dutch Footsteps, Activists to Sue Aussie Government on Climate. Landmark ruling raised 'energy and appetite of the community to stand up and use the courts when government fouls them,' says environmental lawyer, June 30 [41]

Connecting the dots to win on climate, February 26 [49]

Environment and Energy Views and Research, The Conversation