This project will focus on the issues related to making new renewable electricity technologies (RETs) in remote communities in NunavutW a reality to decrease the territory's dependency on diesel fuel.

Canadians mostly think of development in an international context. They are aware of the large number of communities across the world that struggle to be self-sufficient and sustainable with regard to energy use. Ironically, while Canadians look outward, they overlook the vast number of northern communities in Canada that face similar challenges to those that they are familiar with internationally. 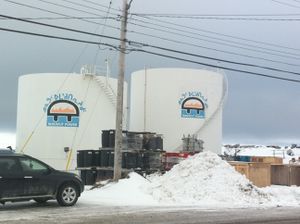 In Nunavut, one of the key challenges is the problem of energy self-sufficiency and diesel dependency. Presently, all twenty-five communities in Nunavut are dependent on the use of diesel for their energy needs, including electricity generation, heat generation, and transportation. Unfortunately, there are a number of environmental, social and economic problems associated with the use of diesel. Diesel is an emission-intensive and polluting energy source, contributing to lower health outcomes and environmental degradation. Moreover it is wasteful and expensive: there is a high cost to transport diesel and diesel generators are about 35% efficient. Additionally, the cost of diesel has been increasing over the past years, and is expected to continue to climb. 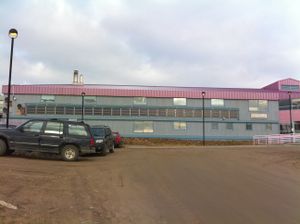 Solar Panels on the Arctic College in Iqaluit, Nunavut

There has been recent growth in the field of renewable energy technologies (RETs) across Canada, including recent pilot projects in Nunavut and in other Northern regions. However, there has been no substantial push by the federal or territorial governments to integrate RETs into many Nunavut communities. As diesel becomes less reliable, it will be important to find alternative energy sources to reduce Nunavut's dependency on diesel that can contribute to the territory's social, economic and environmental viability. To do so, an interdisciplinary approach must be used, which combines science and engineering knowledge, social science research methods and the application of policy development. 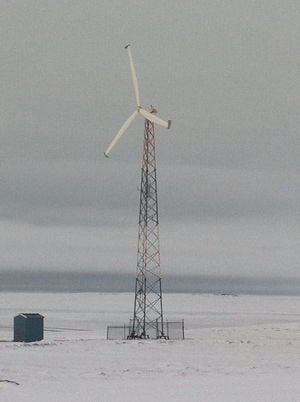 Using this interdisciplinary approach, my research project will comprise of four stages. The first stage of the project will be to perform a literature review and technical feasibility assessment of various RETs in Nunavut communities.. Key alternative energy sources will naturally include solar power, wind power and hydroelectric power; however geothermal, waste-to-energy and tidal power may also be assessed. Using RETscreen, the functionality and feasibility of the RETs will be assessed for three Nunavut communities – Iqaluit, Rankin Inlet and Resolute.

The second stage will include interviews with key government policy-makers, NGOs and consultants. The goal of this stage is to perform a SWOT analysis and get a better understanding of the current thinking on this issue of RETs in Nunavut and the challenges and opportunities associated with their integration. 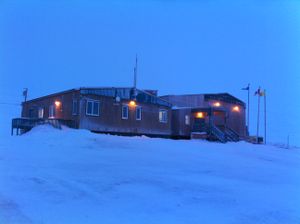 Appropriate technologies must also be responsive to environmental, cultural, economic, and educational resource constraints of any localized community. Accordingly, the third stage will involve interviewing Nunavummiut to discover their perspectives and degree of acceptability of RETs in their communities, It is essential to incorporate this community based research component in order to gain approval and buy-in from community members. To ensure a variety of perspectives, interviewees will be both Inuit and non-Inuit residents, have resided in small and large communities across Nunavut, and have lived in diverse social conditions.

The final stage of the project will be to develop recommended policy actions (based on an results of the feasibility study and interviews), which can be taken by federal and territorial governments to increase the uptake of RETs across Nunavut.

Renewable Energy Policies and Programs in Nunavut: Perspectives from the Federal and Territorial Governments[edit | edit source]

Abstract
Nunavut, the youngest Canadian territory, has developed a complete dependence on diesel-generated electricity over the last 50 years, which has led to environmental and economic stress on the territory. However, renewable energy technologies (RETs) could provide substantial electricity to communities, thereby reducing the use of diesel fuel. This study explored the perspectives of government policy-makers, northern energy consultants, and NGOs in order to understand the current status of renewable energy policy and development in Nunavut. Challenges identified included capacity gaps within the communities and government, bureaucratic barriers, barriers to financing RET projects, technological uncertainty, and development and infrastructure challenges. Opportunities explored include future RET funding options, strong renewable resources, increased community engagement through partnerships, and increased education opportunities. Respondents also discussed anticipated short- and long-term actions of each department. We recommend the establishment of a clear point of contact within the federal government: a group that would oversee all renewable energy policy and development in Nunavut. The group would also assess the full economic life cycle of renewable electricity to compare its true cost to that of unsubsidized, diesel-generated electricity. 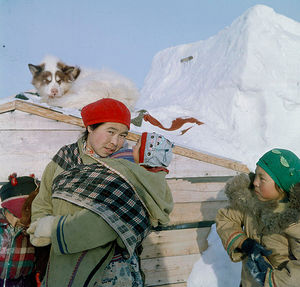 Nunavut communities currently depend on imported diesel fuel for virtually all of their energy needs. This dependency not only hinders the ability of communities to be self-sufficient, but also has negative impacts on their environment, health, and social well-being. The current practices waste 65% of the energy created and place a serious economic strain on the society by consuming 20% of the government's annual budget. Although renewable energy technologies (RETs) could partially offset diesel use, there is a lack of sufficient information to mold appropriate policy. This investigation of community perspectives contributes to information needed to develop sustainable energy policies for Nunavut. Open-ended interviews with approximately 10 members from each of three communities were studied using logical analysis, pattern coding, and content analysis. The respondents' greatest concerns about energy in Nunavut are the impacts of technology on the environment and the economy and the lack of government initiatives to explore RETs. In identifying these concerns, respondents expressed an overwhelming need to protect their land and wildlife, likely stemming from Nunavut's dominant Inuit culture. Moreover, Nunavummiut generally supported wind and solar power in their community, but greatly opposed hydropower, though some of these views on hydropower might shift if better information were available to residents. Finally, respondents suggested a variety of community-accepted actions that could be used to increase RET expansion in Nunavut. These actions fit into four categories: policy development, economics, suitable RETs, and capacity and knowledge building.

The North, a picturesque example of once pristine and untouched wilderness has become under increasing influence of the urban sprawl of the South. As such, the North faces enormous developmental challenges. In the last fifty years, as many northern communities abandoned their previously nomadic and historically sustainable lifestyles to embrace life in settled communities, they have developed a complete dependence on imported diesel fuel, which now threatens the communities' sustainability on social, environmental and economic grounds.

Diesel use produces substantial air pollution, which has been linked to health impacts for residents, such as lower air quality and high rates of asthma. Diesel combustion also releases greenhouses gases contributing to the negative effects of climate change plaguing the North. There are also a number of economic issues associated with diesel use. For example, the Government of Nunavut estimates it spends about one fifth of its annual budget on energy each year, thereby limiting the resources available for other community problems, such as under-funded education programs, inadequate health services, and overcrowded sub-standard housing. The price of diesel is both volatile and expected to rise in the long term further hamstringing Northern communities. Nevertheless, little has been done to integrate renewable energy technologies (RETs) to replace the use of diesel fuel in Northern communities. While a handful of RET pilot projects were erected starting in the 1980's, they provide little electricity to the communities.

However, there is a solution. A collection of three studies (1-3) explored various facets of RETs in Nunavut to assess the technical viability of RETs in isolated Northern communities, the perspectives of Nunavummiut on renewable energy use, and analyze government policy-makers perspectives on integrating RETs into the North.

The technical analysis of RET systems in case study communities found that wind and solar photovoltaic technology were technically viable. In all cases, by matching peak power of existing systems, the RET systems could reduce diesel dependence substantially and in some cases with modest storage, replace 100% of the diesel-generated electricity in a community (1). In addition, it is clear that existing costs of RET systems would be economical on a life cycle basis because of extraordinarily high costs of energy in the North (1).

The two interview studies uncovered challenges, including capacity gaps, awareness gaps, bureaucratic barriers, and cost-related barriers (2,3). There is an awareness gap regarding the actual potential environmental and economic benefit of RETs for a community. Bureaucracies waste resources and slow progress. Added to these challenges, is the high up-front capital cost of RETs, which are worsened by the general lack of investment capital and lack of economies of scale because of the remote nature and small population in Northern communities.

The awareness gap for RETs can be addressed with large-scale community consultations on renewable energy. They can serve as an open discussion on the current energy situation in the north, expose community members to RETs and finally provide residents with an opportunity to have any questions answered by RET specialists. Renewable energy can also be integrated into school curricula to bring information from children to their parents. By exposing students to RETs, children obtain strong lessons in applied science and learn the benefits of renewable energy, the need to be energy efficient and finally, become more aware of the impact of diesel energy on health and the environment.

Once a foundation exists within the region regarding the viability of renewable energy and community awareness of the technologies, it will be essential for the various levels of government to explore opportunities to build partnerships with businesses and NPOs to support Northern RET research, provide appropriate incentives and to develop a structure to support renewable energy related jobs and RET deployment.

It is inevitable that the North will face a number of sustainable development challenges in the coming decades; however, if addressed properly, shifting to a sustainable energy plan will not be included. Given the strong renewable resources in the North, alternative energy sources, such as solar hold substantial technical and economic promise for communities that wish to reduce their diesel dependence.

Page data
Retrieved from "https://www.appropedia.org/w/index.php?title=Renewable_energy_policy_in_the_north&oldid=659241"
Cookies help us deliver our services. By using our services, you agree to our use of cookies.
Categories:
Maintenance categories:
About Appropedia · Policies · Contact · Content is available under CC-BY-SA-4.0 unless otherwise noted.