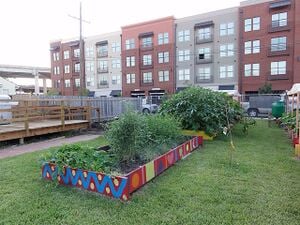 Louisiana (Standard French: État de Louisiane [lwizjan] (listen) or La Louisiane [/lwi.zjan/]; Spanish: Luisiana) is a state in the Deep South and South Central regions of the United States. It is the 20th-smallest by area and the 25th most populous of the 50 U.S. states. Louisiana is bordered by the state of Texas to the west, Arkansas to the north, Mississippi to the east, and the Gulf of Mexico to the south. A large part of its eastern boundary is demarcated by the Mississippi River. Louisiana is the only U.S. state with political subdivisions termed parishes, which are equivalent to counties, making it one of only two U.S. states not subdivided into counties (the other being Alaska and its boroughs). The state's capital is Baton Rouge, and its largest city is New Orleans.

Much of the state's lands were formed from sediment washed down the Mississippi River, leaving enormous deltas and vast areas of coastal marsh and swamp. These contain a rich southern biota; typical examples include birds such as ibises and egrets. There are also many species of tree frogs, and fish such as sturgeon and paddlefish. In more elevated areas, fire is a natural process in the landscape and has produced extensive areas of longleaf pine forest and wet savannas. These support an exceptionally large number of plant species, including many species of terrestrial orchids and carnivorous plants. Louisiana has more Native American tribes than any other southern state, including four that are federally recognized, ten that are state recognized, and four that have not received recognition.

Some Louisiana urban environments have a multicultural, multilingual heritage, being so strongly influenced by a mixture of 18th–century French, Saint Dominican, Spanish, French Canadian, Acadian, Native American, and African cultures that they are considered to be exceptional in the U.S. Before the American purchase of the territory in 1803, the present–day U.S. state of Louisiana had been both a French colony and for a brief period a Spanish one. In addition, colonists imported various African peoples as slaves in the 18th century. Many came from peoples of the same region of West Africa, thus concentrating their culture; Filipinos also arrived during colonial Louisiana. In the post–Civil War environment, Anglo Americans increased the pressure for Anglicization, and in 1921, English was for a time made the sole language of instruction in Louisiana schools before a policy of multilingualism was revived in 1974. There has never been an official language in Louisiana, and the state constitution enumerates "the right of the people to preserve, foster, and promote their respective historic, linguistic, and cultural origins."

Based on national averages, Louisiana frequently ranks low among the U.S. in terms of health, education, development, and high in measures of poverty. In 2018, Louisiana was ranked as the least healthy state in the country, with high levels of drug-related deaths and excessive alcohol consumption, while it has had the highest homicide rate in the United States since at least the 1990s.

The Louisiana Bucket Brigade is a 501(c)(3) nonprofit environmental health and justice organization based in New Orleans, Louisiana. Founded in 2000 by Anne Rolfes, the organization works with communities neighboring state oil refineries and chemical plants to address air quality issues.

From Wikipedia:Solar power in Louisiana

Solar power in Louisiana is ranked 34th for installed solar PV capacity as of 2017 by the Solar Energy Industry Association. The state's "solar friendliness" according to Solar Power Rocks has fallen to 50th place for 2018 as the state credit program ends and full 1:1 retail net metering is being phased out. Taxpayers still benefit from federal incentive programs such as the 30 percent tax credit, which applies to business and residential solar photovoltaic and thermal energy systems of any size.

Google's Project Sunroof estimates Louisiana to have over 20GW of rooftop solar potential, of which New Orleans is estimated to have over 90% of its roofs capable of solar energy production.

It has been developed into a 31-mile (50 km) asphalt trail for hiking, cycling, and wheelchair use. Some parts of the Trace include a separate equestrian pathway suitable for horse riding.

It connects Covington, Abita Springs, Mandeville, Lacombe, and Slidell, running along the northern shore of Lake Pontchartrain. The trail was damaged by Hurricane Katrina in 2005, but was reopened by early 2007. The Trace is easily accessible from Fontainebleau State Park.