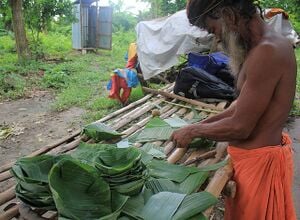 CASwiki news articles have a focus on news of community action for sustainability. This article is an offshoot from CASwiki's India article and is for news and comment in that context.

In India, Products Made From Crop Waste May Curb a Tide of Plastic, Apr 24 [5]

India just banned all forms of disposable plastic in its capital, Jan 25 [13]

Meenangadi in Kerala is well on its way to being India's first carbon-neutral panchayat, Jan 10 [15]

Microgrids Lighting Up Villages, and Lives, in India's Himalayas, Dec 2 [18]

Why India needs a Wikipedia-like website on environment, Sep 13 [20]

Modern life doesn't have to be rubbish: helping Mumbai clean up its act, Aug 9 [21]

The Goa Iron Ore Permanent Fund in India: A Bold Precedent, May 10 [24]

This Amazing Village in India Plants 111 Trees Every Time a Little Girl is Born, Mar 26 [25]

How Sikkim could offer lessons to other states in organic farming, February 7 [26]

The world's most polluted city to ban commercial cars for a day, Ocotober 7 [28]

Salt-tolerant plants eyed as crops of the future as sea level rises, August 17[30] 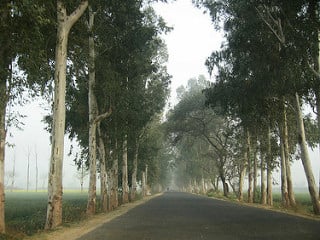 Could a new pavement design give walking culture a foothold in Bangalore? July 15 [32]

Reclaiming the streets: a vision of a happier, healthier Mumbai, November 24 [35]

Showing the path to other Indian cities, Chennai starts pedestrianising its roads, November 10 [36]

Rooftop solar will soon be mandatory in this Indian city, September 9 [37] 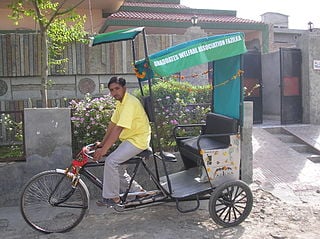 WiserLocal New Delhi: Traveling Green with Radio Rickshaws: We are excited to share some news from WiserLocal New Delhi about a new initiative they are undertaking in partnership with Indian Youth Climate Network and Fazilka EcoCabs to bring peddle-powered rickshaws to the streets of South Delhi. WiserIndia Director Yatin Thakur gives us the details… [44] June 13

Rupees in your pocket, unconditional basic income experiment in one of India’s poorest states, May [45]

Bangladesh, India: The Relationship Between Water Crisis And Migration, [52] by Rezwan, February 19. Sowmya Suryanarayanan at Strategic Foresight opines that the lack of freshwater resources in Bangladesh “is a massive threat and will remain a primary reason for cross border migration in the future.”

India: Managing Mountain Waste, [53] by Rezwan, February 17. Caroline At India Climate Solutions writes about some “creative and passionate individuals committed to changing the waste cycle” in the mountains of Himachal Pradesh in India.

India: I want my country back, says Munna: Environmental blogger Hemant Anant Jain aka Munna, writes a thought-provoking post on January 26, the nation's 61st Republic Day, urging people to look beyond the commercial “growing market” tag and work towards restoring the rich environmental heritage of the amazing country that is India. [54]

South Asia: Coping with the heat and the rolling blackouts, [57] April 26. "The Eastern parts of India is choking as mercury rises above 45 degree Celsius."