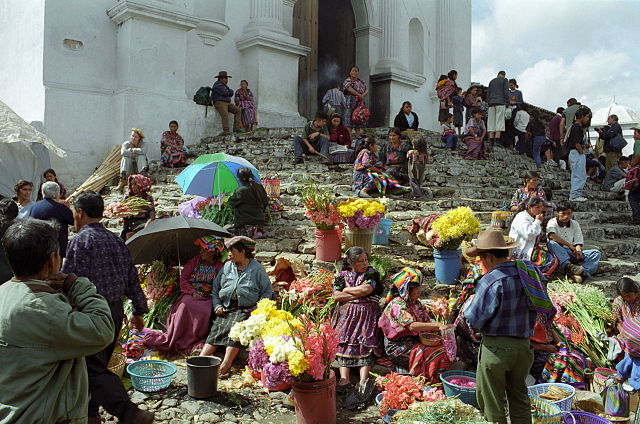 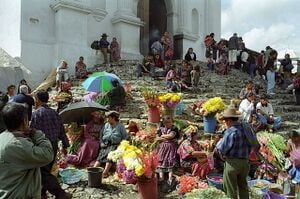 Guatemala ( (listen) GWAH-tə-MAH-lə; Spanish: [ɡwateˈmala] (listen)), officially the Republic of Guatemala (Spanish: República de Guatemala), is a country in Central America. It is bordered to the north and west by Mexico; to the northeast by Belize and the Caribbean; to the east by Honduras; to the southeast by El Salvador and to the south by the Pacific Ocean. With an estimated population of around 17.6 million, it is the most populous country in Central America and is the 11th most populous country in the Americas. Guatemala is a representative democracy; its capital and largest city is Nueva Guatemala de la Asunción, also known as Guatemala City, the largest city in Central America.

The park is home to a large number of species of fauna including Morelet's crocodile and the ocellated turkey. It is also rich in flora including breadnut, mahogany, Swietenia humilis, Bloma prisca, Vitex gaumeri, cedar, Bucida buceras, Haematoxylum campechianum, Rhizophora mangle, and Pimenta dioica. The area ranges from wetlands, to low mountain ranges, and has several bodies of water, including lakes, rivers, streams and cenotes.

The Reserve was created in 1990 to protect the largest area of American tropical forest remaining north of the Amazon. The biosphere reserve model, implemented by UNESCO, seeks to promote a balance between human activities and the biosphere by including sustainable economic development in conservation planning.

AFISAP, which was founded in 1999, is focused on preserving the forests on a 52,000-hectare concession within the Mayan Biosphere Reserve in the San Andres area which plays a critical role in regional conservation. According to an AFISAP study that used remote cameras, the Mayan Reserve has the highest-density of jaguars ever reported in the world (11 jaguars/100 km2).

The organization, which has distinguished itself as one of the most successful community groups in Guatemala, has also introduced projects to extract the lucrative xate, the popular foliage used for floral arrangements worldwide. Xate, which has been used for 40 years and is exported, has brought enormous economic benefits for the rural communities in the area.[1]