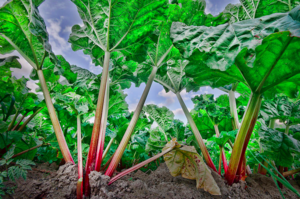 The term "food crops" refers to the world's major food supply derived from plants; a crop assumes human intervention through agriculture. In the main, food crops consist of grains, legumes (including dried beans), seeds and nuts, vegetables, fruit, herbs and spices, beverage plants such as tea and coffee, and so forth.

Some foods, like sea vegetables, are food crops in terms of gathering rather than deliberate agriculture, although undoubtedly the best sources of such foods are well cared for resources in terms of laws to prevent over-harvesting, polluting, and licensing access.

Grains are a principal source of human food, with wheat, rice, barley, oats, millet, rye and corn (maize) being the most widely consumed sources of grains around the world. Grains are the seeds of grasses. Buckwheat is mistaken for a grain, but is the seed of a herbaceous plant, not a grass.

Wheat, millet and rice are the richest source of proteins.

Grains have served as a staple food for much of the world's population for thousands of years. In particular, the staples of rye, wheat, barley and oats have been temperate climate favourites, whilst rice, corn and millet have been favored in the tropics and sub-tropics. In modern times, affluent countries are able to enjoy a very wide range of grains that once used to be very localised. However, affluent countries have also taken to using grain to feed livestock to produce meat and less grains are eaten at the dinner table as staple produce as a result.

These are another staple in many diets around the world. Generally cheap to buy, dried beans and legumes tend to also have a long shelf life, making them good for seasons when food is more scarce. They are a high quality source of protein, although on their own they tend to be less tasty and need to be combined with other foods to make them palatable. Besides protein, they contain fibre, carbohydrate, minerals and vitamins needed by the human body. They don't have vitamin C unless sprouted and eaten as sprouts.

One well known food made from soybeans is tofu or bean curd, which is then used in thousands of different ways in varied dishes. Although tasteless, it takes on other flavours readily, and its texture makes it ideal to add in place of meat in many dishes.

The variety of seeds and nuts available as food crops is enormous. Both seeds and nuts are botanically the same because they consist of a kernel that contains a future plant in embryonic form. As such, they are a powerhouse of energy and a concentrated form of food.

Vegetables are an excellent source of vitamins, minerals and roughage in the human diet. Leaves are particularly important in terms of nutrients, while root vegetables contain the starch and natural sugars that supply humans with energy.

Vegetables are grown both commercially and as a typical backyard or sustainable lifestyle food crop. Organic vegetables tend to cost more and tend to have higher nutritional content. Some say they also taste better than conventionally grown vegetable crops.not all naturally grown foods are vegetables

Fruit tends to be grown in orchards, berry patches, on vines and even in bogs (for cranberries). Most fruit has a specific season and many fruits spoil quickly after picking, so fast action to get them to market or into refrigeration is essential. Wild sources of fruit are not usually considered to be a food crop, although established seasons of collecting berries from areas known for bountiful crops can become a traditional source of berries in a localised area.

Most fruit contains vitamin C, making it an important source of vitamin C in humans.

Dried fruit is another common source of fruit in the diet and parts of fruit crops are often set aside for this purpose.

Fruit tends to be grown commercially and in home gardens, although fruit trees can take many years to be sufficiently mature to produce adequate fruit for a household.

Herbs are mostly annuals but there are biannuals and perennials too. Herbs consist mainly of the best leaves, stems, flowers, seeds and roots. Some herbs are very strong in flavour. It is commonplace to grow fresh herbs for sale in supermarkets in affluent countries, as an option for a kitchen garden and live, fresh herbs to cook with.

Spices consist of the dried roots, bark, pods, berries or seeds of aromatic plants. Examples include nutmeg, pepper, cinnamon and saffron. Much of the history of trade is bound up in the transfer of spices from East to West, as well as the discovery of vanilla, chillies and allspice in the New World.