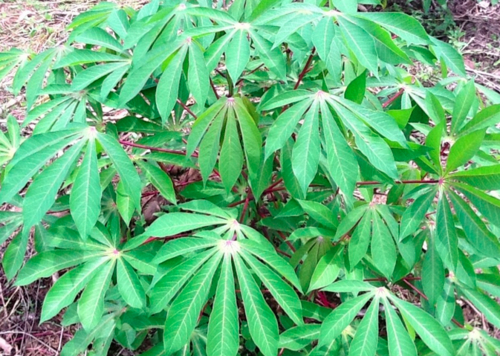 Cassava (Manihot esculenta) is a crop widely grown for its tubers. It is also known as manioc. Originally a tropical American plant, it is now grown in many tropical countries around the world. It is valued for its starchy roots. In appearance, the roots look similar to large sweet potato roots.

The plants are often grown on the dividers between fields of other crops - this is a common practice in Indonesia, for example. 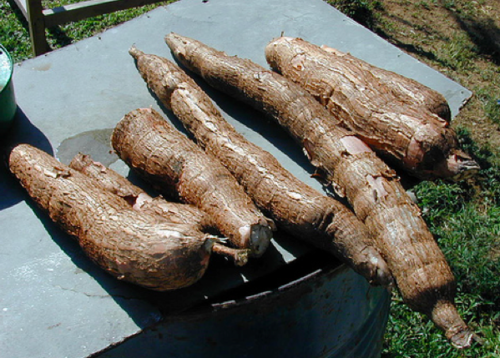 Millions of people rely on cassava roots as a main part of their diet.

The tubers are the source for tapioca, a granular starch that is squeezed from the cassava roots. The tapioca can be used to make soups, puddings and as a thickener. It can be turned into flour as well. Tapioca is versatile, as it can be boiled, boiled and fried, or fermented.

Tapioca leaves can also be used in cooking, although this is relatively little-known.

The leaves and roots must be suitably processed before consumption to eliminate naturally-occurring cyanide. The roots are soaked for a number of hours; the leaves are simply cooked for an adequate time.

The roots are extremely low in protein and other nutrients. The leaves, however, are high in protein.