From Appropedia
Redirected from Direct gain 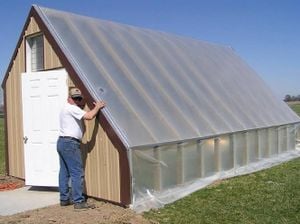 Passive solar design is the harnessing or directing of solar energy through non-mechanical, non-electrical means. It is a key principle of green building, often applied in designing buildings for maximum solar heating during cold winter months and maximum protection from the sun's heat during hot summer months. Passive solar is distinguished from active solar by the lack of operable devices.

There are 6 main types of passive solar design.[1] These can be considered in 3 generic categories in terms of the relationship between the thermal collector (or dissipator) and the interior space of the structure.[2] These categories are direct gain, indirect gain and isolated systems. Within each category, there are 2 distinct approaches.[2]

Direct gain is a type of passive solar heating system that uses direct solar radiation to heat a building. In these systems, thermal transfer occurs within the building interior and it may either be distrubeted throughout the building (e.g. the floors and the pole facing walls), or mass may be concentrated..[2]

The 2 approaches of isolated systems are the sunspace and the thermosyphon.[2]

The principle of the thermosyphon system at play.

Thermosiphoning, also known as thermosyphoning, is considered to be an appropriate technology. This process utilizes natural, renewable resources and the basic laws of thermodynamics to create movement of a heated supply of air or water. The energy source for this process is solar radiation (or any other source of heat). The energy of the sun is captured in a solar collection device and is transferred to either air or water via conduction. The entire process may be explained by the thermosiphoning effect: when air or water is heated, it gains kinetic energy from the heating source and becomes excited. As a result, the water becomes less dense, expands, and thus rises. In contrast, when water or air is cooled, energy is extracted from the molecules and the water becomes less active, more dense, and tends to "sink." Thermosiphoning harnesses the natural density differences between cold and hot fluids, and controls them in a system that produces natural fluid movement. Several systems based on this technology are currently available, and may be read about in greater detail within the following text.

The principle of the thermosyphon system is that cold water has a higher specific gravity (density) than warm water, and so being heavier will sink down. Therefore, the collector is always mounted below the water storage tank, so that cold water from the tank reaches the collector via a descending water pipe. If the collector heats up the water, the water rises again and reaches the tank through an ascending water pipe at the upper end of the collector. The cycle of tank → water pipe → collector ensures the water is heated up until it achieves an equilibrium temperature. The consumer can then make use of the hot water from the top of the tank, with any water used is replaced by cold water at the bottom. The collector then heats up the cold water again. Due to higher temperature differences at higher solar irradiances, warm water rises faster than it does at lower irradiances. Therefore, the circulation of water adapts itself almost perfectly to the level of solar irradiance. A thermosyphon system's storage tank must be positioned well above the collector, otherwise the cycle can run backwards during the night and all the water will cool down. Furthermore, the cycle does not work properly at very small height differences. In regions with high solar irradiation and flatroof architecture, storage tanks are usually installed on the roof.

The terms passive solar design and passive house are often confused. The two terms refer to green building techniques and are closely related.[3]

Passive solar design is about making best use of available natural light and heat. Heat from the sun is collected (if heating is desired, i.e. in a cool climate). A major part of passive solar design is careful orientation with respect to the sun.[3]Passive House design is about managing heat loss and heat gain (not just from the sun but from all sources). The intended result is to have a structure that requires minimal energy to heat and cool.[3]As such, some state that passive house design has greater applicability than solar design since orientation with respect to the sun is not absolutely necessary. Passive House design does not necessarily require a structure which is elongated along the east-west axis with extensive glazing on the equator facing side. Indeed, the ideal form of a passive house is a cube (lower surface area to volume ratio).[3]Passive solar houses are also said to be more complicated to design, and the internal temperature may fluctuate uncomfortably if they are designed poorly.[4] Proponents of superinsulation state that compared to solar houses, greater savings can be obtained by building air tight with lots of insulation in walls and high R windows.[4]So, while some consider that the debate between passive solar and superinsulation resulted in the wider acceptance of superinsulation,[4]a more efficient approach would potentially be to utilise both passive solar and passive house design elements, which has been termed "Solar Passivhaus".[3]The remainder of this article therefore deals with passive solar in the modern sense of the term which is overlapping that of passive house design (rather than the original passive solar concepts in the 70s and 80s).

Passive annual heat storage (PAHS) is a building concept theorized to create a year-round constant temperature in an earth shelter by means of passive solar heating and a thermal battery effect lasting several months. It is claimed that an earth shelter designed according to PAHS principles would store the Sun's heat in the summer and release it slowly over the winter months without need for other forms of heating. This method was first described by inventor John Hait in his 1983 book.[5] 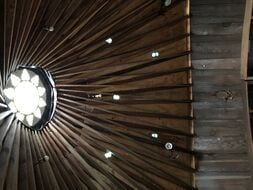 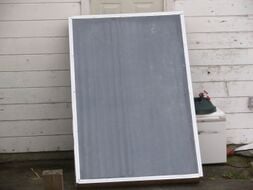 Solar menu
Page data
Retrieved from "https://www.appropedia.org/w/index.php?title=Passive_solar_design&oldid=639190#Direct_gain"
Cookies help us deliver our services. By using our services, you agree to our use of cookies.
Categories:
Comments
Privacy policy · About Appropedia · Disclaimers · Mobile view · Content is available under CC-BY-SA-4.0 unless otherwise noted.
</html