From Appropedia
Redirected from Cuba 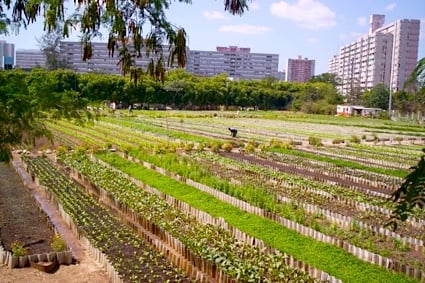 Cuba ( (listen) KEW-bə, Spanish: [ˈkuβa] (listen)), officially the Republic of Cuba (Spanish: República de Cuba [reˈpuβlika ðe ˈkuβa] (listen)), is an island country comprising the island of Cuba, as well as Isla de la Juventud and several minor archipelagos. Cuba is located where the northern Caribbean Sea, Gulf of Mexico, and Atlantic Ocean meet. Cuba is located at the east of the Yucatán Peninsula (Mexico), south of both the American state of Florida and the Bahamas, west of Hispaniola (Haiti/Dominican Republic), and north of both Jamaica and the Cayman Islands. Havana is the largest city and capital; other major cities include Santiago de Cuba and Camagüey. The official area of the Republic of Cuba is 109,884 km2 (42,426 sq mi) (without the territorial waters). The main island of Cuba is the largest island in Cuba and in the Caribbean, with an area of 104,556 km2 (40,369 sq mi). Cuba is the second-most populous country in the Caribbean after Haiti, with over 11 million inhabitants.

According to a 2012 study, Cuba is the only country in the world to meet the conditions of sustainable development put forth by the WWF. W 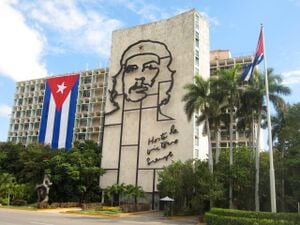 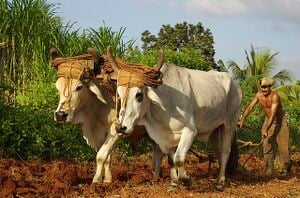 Cuba's agrarian revolution originated in the mountains of the Sierra Maestra when Law No. 3 of the Rebel Army was formally proclaimed in October of 1958. The principle of the law: Land should be given to those who tilled it; with the goal of massive land distribution.

The first Agrarian Reform Law was enacted on May 17, 1959. The second Agrarian Reform Law was enacted in October of 1963. These laws made the agricultural systems of Cuba socialist. Agricultural production cooperatives began in 1975, and were enacted August 24, 1982, as a superior form of collective production of social property started after the farmers' decision to join their lands and other means of production.[1] 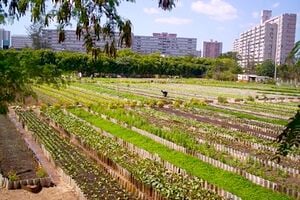 Why So Many Havana Residents Grow Their Own Food, Jan 29 [3]

The farmer who's starting an organic revolution in Cuba, August 31 [4]