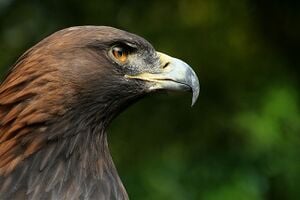 Albania ( (listen) a(w)l-BAY-nee-ə; Albanian: Shqipëri or Shqipëria), officially the Republic of Albania (Albanian: Republika e Shqipërisë), is a country in Southeastern Europe. It is located on the Adriatic and Ionian Seas within the Mediterranean Sea and shares land borders with Montenegro to the northwest, Kosovo to the northeast, North Macedonia to the east and Greece to the south. Tirana is its capital and largest city, followed by Durrës, Vlorë, and Shkodër.

Albania displays varied climatic, geological, hydrological, and morphological conditions, defined in an area of 28,748 km2 (11,100 sq mi). It possesses significant diversity with the landscape ranging from the snow-capped mountains in the Albanian Alps as well as the Korab, Skanderbeg, Pindus and Ceraunian Mountains to the hot and sunny coasts of the Albanian Adriatic and Ionian Sea along the Mediterranean Sea.

Climate change is predicted to have serious effects on the living conditions in Albania. The country is recognised as vulnerable to climate change impacts, ranked 80 among 181 countries in the Notre Dame Global Adaptation Index of 2019. Factors that account for the country's vulnerability to climate change risks include geological and hydrological hazards, including earthquakes, flooding, fires, landslides, torrential rains, river and coastal erosion.

As a party to the Kyoto Protocol and the Paris Agreement, Albania is committed to reduce greenhouse gas emissions by 45% and achieve carbon neutrality by 2050 which, along with national policies, will help to mitigate the impacts of the climate change. W

Wikipedia: Albania: Flora and fauna. Although a small country, Albania is distinguished for its rich biological diversity. The total number of plants is over 3250 species, approximately 30% of the entire flora species found in Europe. Over a third of the territory of Albania – about 10,000 square kilometres (3,861 square miles);– is forested.

From Wikipedia:Protected areas of Albania

The protected areas of Albania comprise a number of various current designations across the territory of the country. The national policy for governing and management of the protected areas is implemented by the Ministry of Environment and Tourism through the National Agency of Protected Areas of Albania (AKZM). Currently, there are 799 protected areas including 14 national parks, 1 marine park, 2 nature reserves, 22 managed nature reserves, 5 protected landscapes and 770 other protected areas of various categories. Further a biosphere reserve, 3 world heritage sites, 4 ramsar sites, 45 important plant areas and 16 important bird areas are located in Albania. Meanwhile, the Albanian government has proclaimed the Coastline of Albania and the Tirana Greenbelt as areas of national importance.

However, protected areas are being threatened by illegal logging, forest fires, and the construction of hydroelectric power plants which have prompted several protests from environmentalists and civil society, meanwhile the logging and hunting moratorium has somewhat successfully revived the fauna and flora of some protected areas.

In 2020, the Albanian Government has revamped the protected areas map by changing designations, coverage areas, and by adding new areas to the network such as the Vjosa River.

From Wikipedia:Environmental issues in Albania

There are a number of known environmental issues in the post-communist country of Albania. Issues include air and water pollution, poor waste management infrastructure and deforestation. The Albanian environmental movement includes around 40 active non-government organisations.

From Wikipedia:Environmental issues in Albania § Deforestation

Illegal logging is the main threat to Albanian forests. The other threat comes from forest fires which in the last years have intensified.