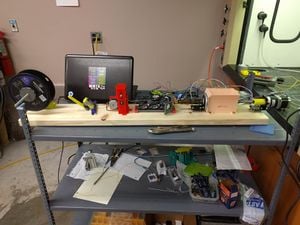 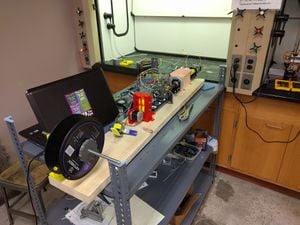 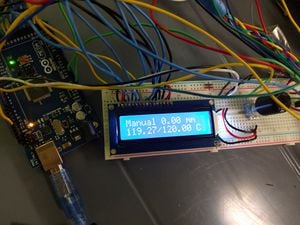 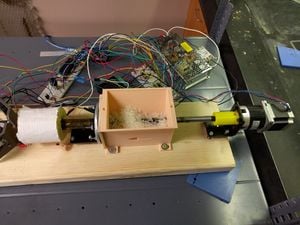 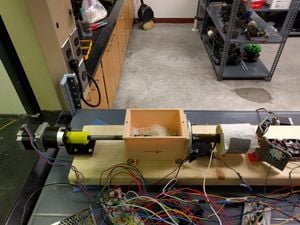 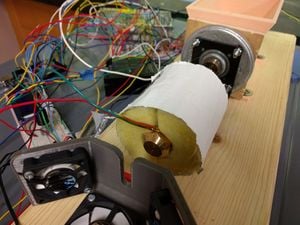 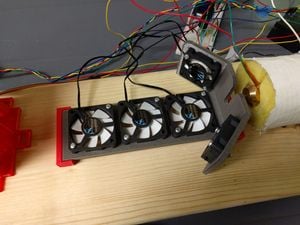 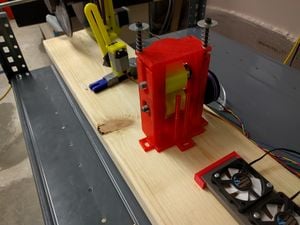 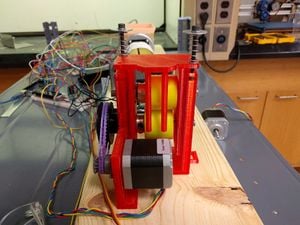 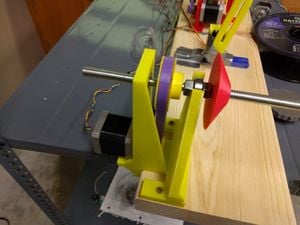 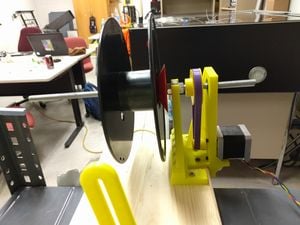 Recyclebot V5.0 3d printer filament extruder is under development by Michigan Tech's Open Source Hardware Enterprise. Currently, the extruder operates and can extrude filament on manual mode, and thus we strive to have a fully automatic version released in early 2017. Within the automatic version, all electronics will be extremely simplified to a plug and play type incorporating an Arduino Mega with dedicated shield, and all other electronics will plug directly into an electronics box - thus simplifying construction and reducing costs. The user interface will be a clickable rotary encoder, with a 20x4 LCD display. After the remainder of the desired functionality is developed, the design and construction will be simplified. This final version of the extruder will be titled Recyclebot V5.1. This piece of equipment was developed to be fully functional with recycled plastic granulated by the new version of the plastic granulator, developed by the MTU OSHE, due for release spring 2017.

All printed stl files and arduino code can be found on GitHub here.

The main motivation for our changes and design of our extruder circles around the fact that material characteristics of the recycled plastic are very different from raw plastic pellets. We wanted to have increased control over filament extrusion rates, puller and winder rates and capacity, leading to a self adjusting machine based on the filament characteristics (which differs from previous recyclebot technologies). The layout of the machine is loosely based on industrial extruder designs, possessing all of the same functionalities, along with previous Recyclebot versions. We have designed the system such that we can control every aspect of the system to varying degrees, to test and develop the ideal system to be released as Recyclebot V5.1. In addition to this, we are taking steps to ensure ease of use when it comes to system construction. The general material and control of the system is similar to that of a 3d printer - please see BOM below.

There are many other home style open source 3d printer filament extruders available online. Some of which include:

The main goal of this project is to be able to make a robust, self correcting filament extruder to be used to work with any filament or recycled plastic-type feedstock into the system.

In addition to this, here are the following goals placed into the design functionality:

The design can be broken into 5 distinct functions.

All printed stl files and arduino code can be found on GitHub here.

The current design features 3 stepper motors. The extruder itself features a NEMA 23 stepper motor, with a 1:15 gearbox. This motor is then coupled to a drill bit via a 3d printed coupler. Surrounding the drill bit is a printed hopper, designed to hold extruder feed stock.

As you move down the drill bit, you will see that it enters a pipe with nichrome wire wrapped around it. Also attached to the pipe is a thermistor that is used to measure the extruder temperature. This barrel assembly can be wrapped in insulation, as seen in the figures aside. At the end of the pipe, there is a nozzle with a drilled hole in the middle. This extruder assembly is attached to a base to keep all items steady.

Currently, the cooling section is comprised of 5x50mm CPU fans arranged in such a way to maximize airflow around filament, see figures aside. This fan assembly is attached to the board via a magnetic mounting system. This system has a base that is adhered to the board, with magnets both in the mounting plates and the fan assembly. This system has been designed to feature a modular effect with switching cooling unit assemblies, particular the water bath assembly that will be released in Recyclebot v5.1.

To adjust the filament diameter, you must adjust the extrusion rate from the extruder. In our model, we make that adjustment by manually pulling the filament with a stepper motor controlled, dual compressed axies with urethane rollers, and a printed structure and belt system. To perform this, the stepper motor driver must have a high level of microstepping to ensure that the filament has a consistent diameter. This motor can be controlled by the user interface, along with all other main functionalities of the system.

The final step of the process includes winding the filament onto a spool. What we found was that if the motor has a significant amount of power, the filament would be pulled from the puller assembly, and diameter control was unobtainable. To fix this issue, we have lowered the current from the driver to the motor to <0.4A. This allowed the winder to spin and wind filament, but not with such force that the diameter is affected.

All items are controlled within two breadboards and arduino pins. To see the pinout, please reference the arduino code on GitHub here. 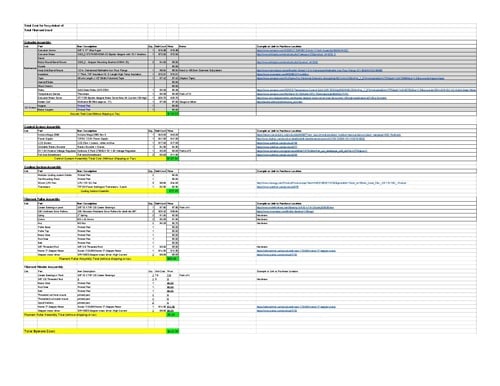 This version of the Recyclebot is currently under heavy testing and continuous development. If you expect a version with all bugs hammered out, wait for Recyclebot v5.1, due for release Spring 2017. All printed files and code is located on GitHub here.

The Open Source Hardware Enterprise will continue development of Recyclebot v5. Expect a polished version released Spring 2017. The current version is a rough prototype and a proof of concept.