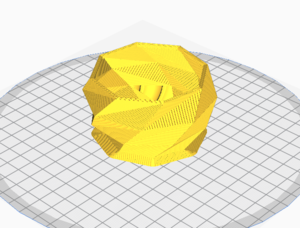 This zero-electricity fridge addresses the issue of people in third world countries not having electricity. They go to markets and buy food and then the food goes bad 2-3 days later. Having to make multiple trips to a market per week means that they both have to spend the money to get there and buy food along with lose the money they could be making working during that time. With this device, they will have a means to keep food cold for a pretty low price because the only material needed after the 2 parts were 3D printed is water and dirt or gravel which they could just find around. The water doesn't even need to be clean, it just needs to be able to evaporate. A company is working on this project currently except not 3D printing its components and it is called Evaptainer and their units retail between $25-$35 USD. At a budget of about $50 a week even that would be considered a decently steep investment.