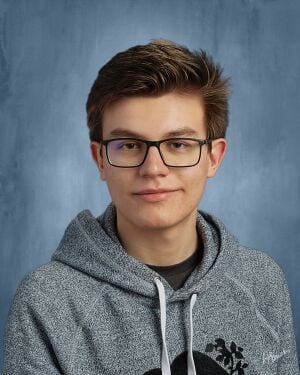 While receiving the Ontario Secondary School Diploma (OSSD) at Bluevale Collegiate Institute in Waterloo with double honours throughout all four years, I was presented with Western's Scholarship of Excellence as one of the Top 250 admission applicants. Having been a part of robotics/STEM teams as both a contributing member and lead in the past, Western seemed to be a natural step in my education, being an institute that would allow me to continue outputting to a team I could be proud of, whether it was for research, coop, or club-related purposes.

At the start of the COVID pandemic, I took the opportunity to freelance my Computer Aided Design abilities over the platform known as Fiverr. Designing CAD models that could then be 3d printed, the side hustle funded my personal projects and my first-ever 3d printer.

Although not related to my current field of study, I worked at Value Village as a floor sales representative. Besides all the soft skills I gained from making small-talk with customers about the utmost random subjects, the store accepting public donations taught me extreme workplace safety, even towards the most innocent of operations.

Many of my projects were learning curves somewhat anticipated to be flawed, but done in such a way that I could learn from the experiences. On top of this, many went undocumented as I figured they were too small or were simply planned to be used in future greater projects.

To view a sample of my past work, check out my GitHub and personal website at janik.codes

PCB made on EasyEDA, CAD on SOLIDWORKS

With the intend of turning many of my projects wireless, I created a fully open-source RF Remote Control that could easily be integrated into future to come projects. While many similar 2.4GHz controllers lay in the price range of over 80$, the unit cost of this design was under 20$ and could be made by anyone with access to a 3D printer and soldering iron.

Contributions to The 2702 Rebels[edit | edit source]

During my time in high school, I joined the local community FIRST Robotics team, the 2702 Rebels. The primary goal of the team was to build a 120-pound robot to perform tasks in a 3v3 style competition while following guidelines set by the host. Over time, I came to the position of being the lead for the robot's intake mechanism. During the year's competition, the robot often needed to acquire ball game pieces off the floor in a fast and reliable manner to optimize scoring time. Overseeing something like this required maintaining a healthy team environment to allow for productive prototyping of designs that would then be crudely constructed, tested, and improved on. Aside from the many soft skills I've gained, the experience gave me immense proficiency in SOLIDWORKS, 3D printing, designing with manufacturing in mind, team branding, and much more. Lastly, I aided in publishing my team's code and other resources publicly to allow newer teams to gain a footing in things like the more complex vision systems utilizing a Banana Pi.

Some work made on laika. More on janik.codes

Inspired by Boston Dynamics' most popular product, Spot, I was keen on creating a similar design for fun. The journey began by scavenging the internet for a community with a similar goal. I re-landed on r/robotics and alike subreddits on Reddit, which consisted of updates from hobbyists on their creations. People posted videos about their first balance test, first jump test, and much more all with the goal to create a quadrupedal robot. Although my own venture came to a sudden stop due to a poor choice in the servos chosen for the design, I am still proud of the skills I gained through the project. However and most importantly, I am happy to have found an open community that freely shares their designs and can't wait to contribute my own when the time comes. 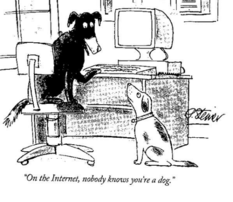 Now attending Western University to study Engineering, I am effectively trying to turn my passion into a career. First plummeting into the rabbit hole of robotics and stem at a young age, it all started by feeling the need to improve my toys, upgrade them, customize them, and make them cooler. Being a hobbyist for the longest time, I relied heavily on the open-source community online, eventually taking notice of active members and gaining respect for their habits to help newer enthusiasts. With such, on top of achieving a satisfying career, I want to come to a point later down the road where I could be such a person, a simple source of knowledge on a niche forum online, with my presence only ever seen via an alias online.

Regarding more current goals at Western, I aim to join a design team or gain a position as a research intern during my first and second years. Past that, I plan to secure a sixteen-month coop position for the year before my expected graduation.