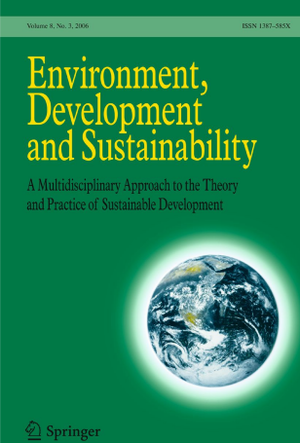 This paper discusses the problem of non-physics majors' lack of interest and motivation in learning physics, and proposes appropriate technology classroom projects as a potential solution. It highlights the potential of appropriate technology to improve the lives of people in developing countries and suggests that having appropriate technology projects in university-level physics classrooms would add to the body of knowledge, as well as spark the interests of students in physics. The author discusses his experience, where he gave five physics classes a final project related to Appropriate technologies for developing communities. The results were an increased interest and understanding of the material as evidenced by the time and energy put into the final project, as well as the increase in exam marks after the project was completed.

This paper reviews OSAT and its application to making optics equipment.

This article argues that in order to achieve Sustainable development, an interdisciplinary approach must be taken to studying "mundane" science. It gives the example of wood cook stoves, which many people in developing countries use to cook, and which cause a large number of health and safety-related issues. However, an improved cook stove is not a trivial problem, and takes it takes research of scientists, engineers, economists, development workers and community members to come up with the best solution. The authors thus call for scientific research to focus on "mundane" science problems that affect a large portion f the world's poor. The article gives five fallacies within this problem:

Thus, the authors call for a shift in focus of scientific research mundane topics

The Rise and Fall of the Appropriate Technology Movement in the United States, 1965 - 1985[edit | edit source]

This paper examines appropriate technology as a social movement. The AT movement developed as a result of:

The belief of the AT is that systems that are capital/resource intensive alienate people from their jobs, and are elitist and exclusive; people are largely controlled by the technology itself. Systems which are decentralized and resource conserving are inclusive and allow ordinary people to be involved in the process of technology development.

The paper brings up the new movement of high technologies, and questions whether they can be considered AT. They could be considered AT because some believe they improve quality of life. Robots could replace humans in tedious jobs, allowing humans more reasonable working conditions and communication technologies could allow for more equitable and representative and democratic discussions. On the other hand, high-tech research is still profit/capital driven, and its main focus is not sustainability or equality. Also, the growth of high-tech technologies could be seen as creating less human relationships and spaces.

Science and Technology for Development offers a very nice and crucial overview of some of the problems associated with development and deployment of science and technology in developing world. Some key ideas raised are: a) technology is not something inert, neutral and devoid of its own context, b) Knowledge ought not be valued for its subjective appeal, but inherently and contextually in its application and relevance, c) Making technologies work work for the poor is not about the fabrication of technologies themselves but it is about enabling people to make technology work for them through learning, capacity building and policy.

AT: Critical choice for the third world

AT: Concept and Controversy

AT: At the Crossroads

AT: Concept of Size

AT: To be Classified

The AT reader: theory and practice in appropriate technology[edit | edit source]

Book that came out of 1974 meeting on low cost technology organized on 17th-20th September 1974 by OECD Development Center.

p. 9 Intermediate, low-cost, appropriate, self help technology – The underlying principles of all of these indicate a progress from within society – emerging trend. "Choice of technology" a growing trend within the analytical studies. p. 11 Book based on the practitioners experiences: Practitioners points of View + Major Policy Issues. But different ways of looking at things based on experiences.

An example of open innovation.

May be of interest in examining IP laws and universities.

Open innovation at Nokia is examined.

A paper which follows Chesborough's idea of open innovation and profiles firms in the UK which use this business technique.

Chapter 3: Signing up to Fight Evil: The Network Acts

Chapter 5: Defi ned by Causes: The Public Lives of Millennials

Chapter 6: From the Bottom Up: The Order Is Rapidly Fading

Chapter 7: Spare the Paperwork: The Quick Rise of Flash Causes

This paper discusses intellectual property issues and innovation. Patent laws do not always increase innovation, and sometimes hinder it, for example through the tragedy of anti-commons. It gives a number of examples of commons-based production of innovation, including:

The paper then proposes two things:

We conceptualize participation in Linux user groups (LUGs) in terms of group-referent intentional actions and investigate cognitive (attitudes, perceived behavioral control, identification with the open source movement), affective (positive and negative anticipated emotions), and social (social identity) determinants of participation and its consequences on Linux-related behaviors of users. This survey-based study, conducted with 402 active LUG members representing 191 different LUGs from 23 countries and employing structural equation modeling methodology, supports the proposed model. Furthermore, we find that the Linux user's experience level moderates the extent of the LUG's social influence and its impact on the user's participation. We conclude with a consideration of the managerial and research implications of the study's findings.

Open source software projects rely on the voluntary efforts of thousands of software developers, yet we know little about why developers choose to participate in this collective development process. This paper inductively derives a framework for understanding participation from the perspective of the individual software developer based on data from two software communities with different governance structures. In both communities, a need for software-related improvements drives initial participation. The majority of participants leave the community once their needs are met, however, a small subset remains involved. For this set of developers, motives evolve over time and participation becomes a hobby. These hobbyists are critical to the long-term viability of the software code: They take on tasks that might otherwise go undone and work to maintain the simplicity and modularity of the code. Governance structures affect this evolution of motives. Implications for ﬁrms interested in implementing hybrid strategies designed to combine the advantages of open source software development with proprietary ownership and control are discussed.

Karim Lakhani and Robert G. Wolf, (2003). Why Hackers Do What They Do: Understanding Motivation and Effort in Free/Open Source Software Projects, MIT Sloan Working Paper No. 4425-03

In this paper we report on the results of a study of the effort and motivations of individuals to contributing to the creation of Free/Open Source software. We used a Web-based survey, administered to 684 software developers in 287 F/OSS projects, to learn what lies behind the effort put into such projects. Academic theorizing on individual motivations for participating in F/OSS projects has posited that external motivational factors in the form of extrinsic benefits (e.g.: better jobs, career advancement) are the main drivers of effort. We find in contrast, that enjoyment-based intrinsic motivation, namely how creative a person feels when working on the project, is the strongest and most pervasive driver. We also find that user need, intellectual stimulation derived from writing code, and improving programming skills are top motivators for project participation. A majority of our respondents are skilled and experienced professionals working in IT-related jobs, with approximately 40 percent being paid to participate in the F/OSS project.

The motives of 141 contributors to a large OpenSource Software (OSS) project (the Linux kernel) was explored with an Internet-based questionnaire study. Measured factors were both derived from discussions within the Linux community as well as from models from social sciences. Participants' engagement was particularly determined by their identification as a Linux developer, by pragmatic motives to improve own software, and by their tolerance of time investments. Moreover, some of the software development was accomplished by teams. Activities in these teams were particularly determined by participants' evaluation of the team goals as well as by their perceived indispensability and self-efficacy.

The fragmented ownership of rights to intellectual property (IP) in agricultural biotechnology leads to situations where no single public-sector institution can provide a complete set of IP rights to ensure freedom to operate with a particular technology. This situation causes obstacles to the distribution of improved staple crops for humanitarian purposes in the developing world and specialty crops in the developed world. This Policy Forum describes an initiative by the major agricultural universities in the United States and other public-sector institutions to establish a new paradigm in the management of IP to facilitate commercial development of such crops.

The following is an in-depth description of the way that innovation is managed in the open innovation model:

Currently, two models of innovation are prevalent in organization science. The "private investment" model assumes returns to the innovator result from private goods and efficient regimes of intellectual property protection. The "collective action" model assumes that under conditions of market failure, innovator collaborate in order to producea public good. The phenomenon of open source softwared evelopment shows that users program to solve their own as well as shared technical problems, and freely reveal their innovations without appropriating private returns from selling the software. In this paper we propose that open source software development is an exemplar of a compound "private-collective" model of innovation that contains elements of both the private investment and the collective action models and can offer society the "best of both worlds" under many conditions. We describe a new set of research questions this model raises for scholars in organization science. We offer some details regarding the types of data available for open source projects in order to ease access for researchers who are unfamiliar with these, and also offer some advice on conducting empirical studies on opens ource softwar deevelopment processes.

This paper goes through the history of patent pools in the United States since 1900. It highlights the strengths of patent pools, which are that they avoid patent 'stacking' to allow for more innovation, decrease litigation costs, reduce risks for all companies involved, and provides access to information to companies involved. However, risks include inflation of competitive goods, shielding of invalid patents, and elimination of competition.

A type of government-sponsored innovation - the government would buy unused patents from large firms and auction them off to others.

Examines intellectual property rights and their effects on innovation in the global North and South.

Page data
Retrieved from "https://www.appropedia.org/w/index.php?title=Open_Source_Appropriate_Technology_Literature_Review&oldid=626961"
Cookies help us deliver our services. By using our services, you agree to our use of cookies.
Categories:
Maintenance categories:
About Appropedia · Policies · Contact · Content is available under CC-BY-SA-4.0 unless otherwise noted.