Open-source hardware for science in Ecuador 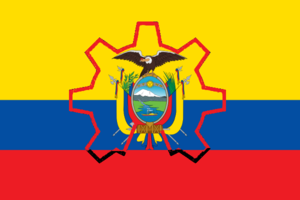 Ecuador has an opportunity to radically reduce the cost of experimental research in the sciences while improving scientific tools by implementing five policies to support open-source hardware for science.

Exorbitant prices of primarily imported scientific equipment limit scientific access in both education and research. Historically, the scientific community had no choice – forced to buy proprietary tools to participate in state-of-the-art research (high monetary cost) or develop everything from scratch (high time cost). Now the combination of open-source microcontrollers and 3D printers enables the fabrication of customized, low-cost scientific equipment with far less time investment.1 For example, open-source colorimeters can be built to do COD measurements for under $50 replacing similar hand-held tools that cost over $20002 or single automated devices used in solar energy labs such as a filter wheel can be built in a day for $50 replacing inferior commercial tools that cost $2,500.3 Even high-end equipment can be built from open-source plans such as an $800 open-source microscope that replaces a $80,000 conventional microscope.4 This method not only offers the potential to radically reduce the cost of doing science, but also training future scientists.5 An entire university classroom of physics optics setups can be printed in house for $500 on a $500 open-source 3D printer replacing $15,000 of commercial equipment6, which would save over $400,000 if scaled only to the basic physics labs in the 29 public universities in Ecuador.

To fully take advantage of this opportunity Ecuador must implement policies that allow knowledge to scale horizontally. This horizontal scaling will be accomplished by federal funding being spent only once for development of scientific equipment and then a return on the investment (ROI) is realized by the digital replication of the devices throughout the country for only the costs of materials. Practically this means research-grade scientific instruments will be much more accessible at every level in the education spectrum and that a greater percentage of Ecuador's scientists will be able to do research at the internationally-competitive level. Improvements in science lead to improvements in technology, which will enhance every aspect of Ecuador's economy.

Five policies to accomplish this goal:

The FLOK Society is a project proposed by National Institute of Advanced Studies in order to Change the productive matrix based on free knowledge towards a Social Economy of Knowledge.

Page data
Retrieved from "https://www.appropedia.org/w/index.php?title=Open-source_hardware_for_science_in_Ecuador&oldid=638264"
Cookies help us deliver our services. By using our services, you agree to our use of cookies.
Categories:
About Appropedia · Policies · Contact · Content is available under CC-BY-SA-4.0 unless otherwise noted.