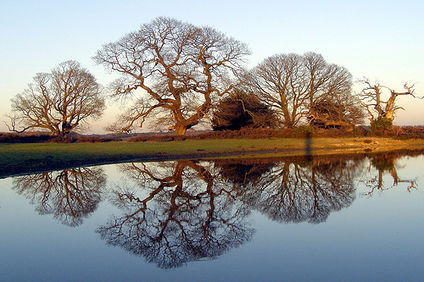 Hampshire is a county in South East England on the English Channel coast. The county town is Winchester, England's former capital city. Its two largest cities, Southampton and Portsmouth, are administered separately as unitary authorities; the rest of the county is governed by Hampshire County Council. W

Hampshire contains all its green belt in the New Forest district, in the southwest of the county, from the boundary with Dorset along the coastline to Lymington and northwards to Ringwood. Its boundary is contiguous with the New Forest National Park. Its function is to control expansion in the South East Dorset conurbation and outlying towns and villages. W

Hampshire has its own County Youth Council and is an independent youth-run organisation. It meets once a month around Hampshire and aims to give the young people of Hampshire a voice. It also has numerous district and borough youth councils including Basingstoke's "Basingstoke & Deane Youth Council". W

Have Your Say Basingstoke and Deane Borough Council

Restoration of the Itchen Navigation, linking Southampton and Winchester, primarily as a wildlife corridor, began in 2008. W

Green Hampshire help preserve and conserve the environment, both built and natural, for future generations.

The centre of Southampton is located above a large hot water aquifer that can provide Geothermal power to some of the city's buildings. This energy is processed at a plant in the centre of the West Quay region in Southampton city centre and is the only geothermal power station in the UK. The plant provides private electricity for the Port of Southampton and hot water to a city centre district heating scheme. In a 2006 survey of carbon emissions in major UK cities conducted by British Gas, Southampton was ranked as being one of the lowest carbon emitting cities in the United Kingdom. [1]

The Basingstoke Canal has been extensively restored, and is now navigable for most of its route. However its usage is currently still limited by low water supply and conservation issues. W W

Millions of native oysters to be returned to the Solent, Apr 20 [2]

Projects leading the way for a more sustainable future in Hampshire, Nov 28 [3]

The best thing since sliced bread - A Sustainable Food Partnership for Southampton, Mar 22 [4]

Transition: Live and Unleashed in the New Forest! October 24 [5]

May 25 Environmental Rock 2015, on LocalWiki

1st Saturday of every month (except January) Southampton Repair Cafe