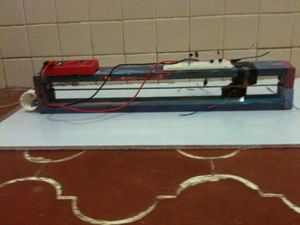 The objective of the project is to design, build and implement multiple versions of the windbelt generator for Otros Mundos. Our initial goal was to power Otros Mundos' telecommunication devices in the field, using wind energy. However, the prototype developed did not generate sufficient energy to power these telecommunication systems. The refined goal for this work is to inspire interested people and to provide them the information necessary to create their own Windbelts.

Background on the client[edit | edit source]

Otros Mundos Chiapas is a non-profit, sustainability organization based in the state of Chiapas in southen Mexico. They avoid political and industrial ties to serve the people of Mexico without associated external pressures. Otros Mundos wants to help the world in terms of social, political, environmental and economic issues. They work with various other non-profit groups including Amigos de la Tierra International, COMDA, La COMPA, International Rivers etc.[1] They address issues like clean water, justice, sexism, and mental health. They do hands-on community outreach to help the many impoverished indigenous people throughout Chiapas. See the Otros Mundos website for more information.

Background of the Students[edit | edit source]

Team A.S.E., Anna-Shane-Enrique, has been commissioned by Otros Mundos to build a Windbelt. Based off of Shawn Frayne's design dubbed the Humdinger Windbelt,[2] we will be creating a working, low cost, and small device to power a LED, with the hope to create ones that can be used in the field to power small lights, radios and possibly a cell phone or even a laptop. Our team will be creating multiple Windbelts of different design in order to design and create the best possible working Windbelt for use here in Chiapas and around the world!

A Windbelt works off of something known as aeroelastic flutter, or the vibration of a membrane pulled taught between two points.[3] Shawn Frayne's windbelt, has a flat membrane tightly stretched between two poles that shakes in the wind, just like the Tacoma bridge did before it collapsed. Aeroelastic flutter can be viewed as the iris shape produced by membrane of the windbelt as the wind hits it.

The flutter of the membrane, in this case Mylar coated taffeta, creates an iris of motion that is used to oscillate magnets in between magnetic wire coils in order to create a charge. This relatively small amount of energy can hopefully power lights in poor countries with little or no cost to the household. Originally designed by Shawn Frayne to power lights in rural areas of Haiti, the Windbelt design is now being considered to power small sensors in large buildings air ducts in order to regulate the temperature of the building without the use of batteries that will need to be replaced. Currently, the Windbelt technology is new and not widely used. We hope that the Windbelt will become a more feasible generator in the next couple of years after the technology becomes wider known and is augmented to function with greater efficiency. Our hope is that a series of Windbelts can someday be used in unison to power larger things like computers and to charge larger batteries like that of a car or possibly a defibrillator for field medics.

Energy from the wind is not a new technology, windmills have been around for centuries. Some authors believe to have discovered remains of stone windmills in Egypt, near Alexandria, that are believed to be 3000 years old. However, no evidence has been found that proves that the Egyptians had the necessary knowledge to harness the energy of the wind.[4] The majority of the electricity used in the United States comes from fossil fuels;[5] a non-renewable source of energy that supplies over 85% of our energy demands.[6] However, Wind energy[7] is being used more often in recent decades because it is a renewable resource which is less polluting than fossil fuels.[8] Wind power can be used to generate electricity through the use of wind turbines and turbine free wind generators.

San Cristobol de las Casas sits at a latitude of 16.75, longitude of -92.63, and an altitude 2,276m. The mean wind speed is 4.6 (km/h) for the last 9.5 years and it has been fairly steady with the highest speed recorded in May of 2004 with no months general windier than others. Highest monthly speeds were recorded in every month except July, September, and December.[9]

In order to make clear, translucent decisions with regard to what Otros Mundos needs, Team A.S.E. will be utilizing the following client criteria:

Hey it's time to roll some coil!

For every wind belt that we are building, we need two copper coated coils.[10] The two coils will be the vessels through which the electrical field flows in a whirlpool shape. When rolling coils please follow these steps very carefully with the following materials: a spool of copper coil(1.5 kilos), a 1/2 inch hammer drill, a 1.5 foot piece of PVC pipe measuring 2 inches in diameter, 2- 2.5 inch washers for 1/2 inch screw, 2- long (at least 4 inches in length) screws size 5/16, 2 nuts that will fit onto the long screws, wire cutter, a 10 inch piece of ribbon 1/4 inch wide, electrical tape, a large lollipop (the big pretty kind you can buy from a vendor here in San Cristobol)

Warning! Be careful not to bend or break the coil when you're doing this! 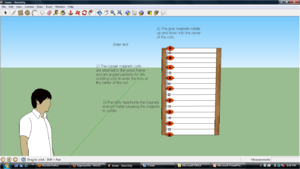 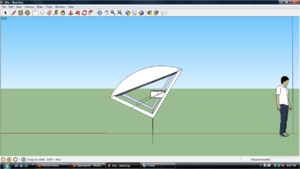 Page data
Retrieved from "https://www.appropedia.org/w/index.php?title=Practivistas_Chiapas_windbelt_ASE&oldid=646079"
Cookies help us deliver our services. By using our services, you agree to our use of cookies.
Categories:
Maintenance categories:
About Appropedia · Policies · Contact · Content is available under CC-BY-SA-4.0 unless otherwise noted.