Blown film extrusion is a technology that is the most common method to make plasticW films, especially for the packaging industry[1]. The process involves extruding a tube of molten polymerW through a die and inflating to several times its initial diameter to form a thin film bubble. This bubble is then collapsed and used as a lay-flat film or can be made into bags. Usually polyethyleneW is used with this process, and other materials can be used as blends with these polymers.[1] A diagram of a polyethylene chain is shown in Figure 1 to the right.

In the cooling step of blown film extrusion, the amorphousW, transparent melt crystallizesW to form a translucent, hazy, or opaque film. The point where opacity begins in the bubble is known as the frost line.

The frost line height is controlled by several parameters: the air flow, film speed, and temperature difference between the film and the surroundings.[2] Properties of the film, such as tensile strength, flexural strength, toughness, and optical properties, drastically change depending on the orientation of the molecules.[2] As the transverse or hoop direction properties increase, the machine or longitudinal direction properties decrease. For instance, if all the molecules were aligned in the machine direction, it would be easy to tear the film in that direction, and very difficult in the transverse direction. 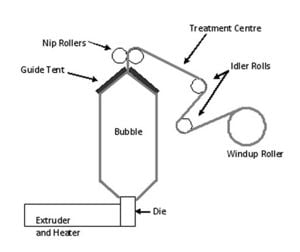 Fig 2: Schematic of set-up from User:J.Chiang.

Blown film generally has a better balance of mechanical properties than cast or extruded films because it is drawn in both the transverse and machine directions. Mechanical properties of the thin film include tensile and flexural strength, and toughness. The nearly uniform properties in both directions allow for maximum toughness in the film.[1][5]

Blown film extrusion can be used to make one large film, two smaller ones, or tubes that can be made into bags. Also, one die can make many different widths and sizes without significant trimming. This high level of flexibility in the process leads to less scrap material and higher productivity. Blown films also require lower melting temperatures than cast extrusion. Measured at the die opening, the temperature of cast film is about 220°C,[6] where as the temperature of blown film is about 135°C.[7] Furthermore, the cost of the equipment is approximately 50% of a castW line.[2]

Blown film has a less effective cooling process than flat film. Flat film cooling is done by means of chill rolls or water,[5] which have significantly higher specific heat capacities than the air that is used in the blown film cooling process. The higher specific heat capacityW allows the substance to absorb more heat with less change in the substance temperature. Compared to cast film, blown film has a more complicated and less accurate method to control film thickness; cast film has a thickness variation of 1 to 2% versus the 3 to 4% for blown film.[2] The resins used for casting typically have a lower melt flow index,[2] which is the amount of polymer that can be forced through a standard die in 10 minutes according to a standard procedure.[8] The melt flow index for cast film is about 5.0 g/10 min[9] where as for blown film it is about 1.0 g/10 min.[10] Consequently, the production rates for cast film are higher: cast film lines can reach production rates of up to 300m/min where as blown film lines are usually less than half this value.[11] And finally, cast film has better optical properties, including transparencyW, haze, and gloss.

Optimization of the process[edit | edit source]

One way to improve the line efficiency of blown film extrusion is to implement coextrusion. This is the process of extruding two or more materials simultaneously through a single die. The orifices in the die are arranged such that the layers merge together before cooling.[2] This process saves time because it extrudes two or more layers at the same time, and it provides a method with fewer steps to produce multilayer films. The production rate for a coextruded multilayer film of three layers is about 65m/min,[13] and the production rate for a single layer of blown film is about 130m/min.[11] Thus, in order to produce 10 000m of a three layer multilayer film, it would take almost 4 hours using a single layer blown film process, and only 2 and a half hours using the coextrusion process. Furthermore, the film produced from the single layer process would require an extra step to glue the layers together using some sort of adhesive. Coextrusion is the least expensive means of producing layered films and the coextrusion system is capable of quick changeovers to minimize production line down time.[14]

Typically, solutions to melt fractures involve decreasing the output or increasing the melt temperature to decrease the shear stress in the extruder. Both of these methods are not ideal because they both reduce the efficiency of the blown film line. Heated extrusion die lips can solve this problem. This targeted heating method allows for film extruders to be run at higher production rates with narrower die gaps while eliminating melt fractures.[17] Direct heat is applied to the surface of the polymer melt as it exits the die so that viscosity is reduced. Therefore, melt fractures, which are caused when trying to extrude too much of the polymer at one time, will no longer act as a limiting factor to increasing the production rate.[17] Furthermore, heated die lips use less energy than increasing the melting temperature because only the surface of the melt is heated and not the bulk of the liquid. Another benefit of using heated die lips is that thickness variations can be controlled by adding heat to certain areas along the die circumference to make the film at that position thinner. This would ensure that no excess material is used.[18] 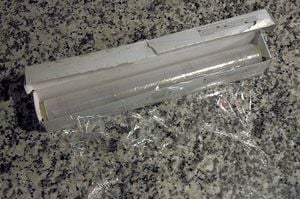