This is a work in progress, no one should make this unless they are experimenting. Collaborators source code https://osf.io/jgb8z/

3D printers with capability to print large prints do usually consists of complex mechanisms, large parts and often takes in advanced engineering and controls and are also bulky in size. The hangprinter uses simple mechanism, with smaller parts and have the advantage of being not bulky in size. The main advantage of hangprinter design and approach is its scalability to print components of various sizes, The design of the hangprinter makes it easy to scale the size of print bed based on arranging and fixing few components and parts of it. It consists of two main segments which include a ceiling plate and a carriage, The ceiling plate holds a couple of motors, gearing, spools and linerollers arranged in a way to hold up the carriage and provide movement to it in vertically and horizontally. The carriage holds the extruder and is scalable based on the size of extruder to reduce the usage of materials as needed and the control of carriage is done with the help of movement of strings in a particular manner according to the firmware settings and software. The recyclebot is a device that functions to extrude filament from pellets/shredded recyclable plastics by a mechanism that makes the pellets to travel through different heat zones where they are heated and cooled and finally extruded through a nozzle to obtain the filament. Though this device is meant to extrude filament it can also be used as extruder where the extruded material through nozzle can be used directly to print parts. This project includes work on combination of hangprinter technique and recyclebot as extruder to build a hybrid machine that is capable of printing large and wide components along with maintaining the sustainability of using a waste plastic extrusion technique. The components of hangprinter are printed based on opensource materials published by Tobben using a Lulzbot Taz6 3D Printer out of which few components are modified and few parts are newly designed to adjust the assembly according to the new hybrid printer. Electronics usage include Arduino Mega+Ramps 1.4 combination along with nema17 and nema23 stepper motors along with corresponding motor drivers. Marlin firmware based on configurations published on opensource platforms is used in this hybrid printer along with modifications to accommodate extrusion with recyclebot instead of fused filament extrusion. Material selection, spooling and arranging the strings plays a crucial role in the hangprinter design, The selected material for string must be able to hold up and bear the weight of recyclebot+carriage and must be able to have the capability of withstanding the movements caused in them when the printer is in operation with strings being held in tension all the time. A total of five stepper motors will be used in the operation of this hybrid printer where one motor is used for extrusion through recyclebot and the rest four motors to control the movement of carriage + recyclebot assembly vertically and horizontally based on marlin firmware with configurations feeded and calibration done.

This hybrid 3D printer's mechanical assembly consists of two main segments ceiling plate and carriage and uses nylon string to connect both of them and get into operation instead of using a frame for support. This hybrid printer uses hangprinter V3 with a few modifications to the original hangprinter V3. The original build instructions can be found here [[16]]. Upgrades from original version are as follows: 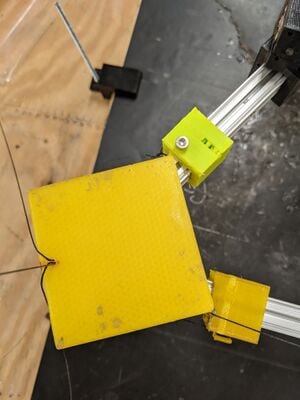 Image 1: top view of a corner of the carriage 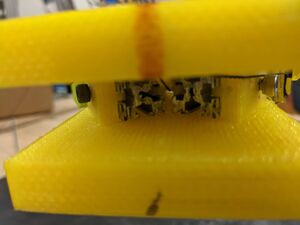 Image 2: side view of a corner bracket holding two beams at a corner 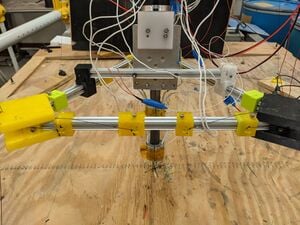 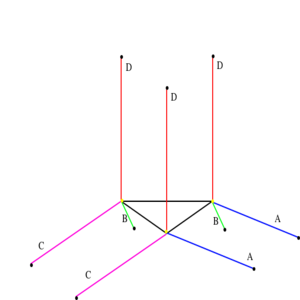 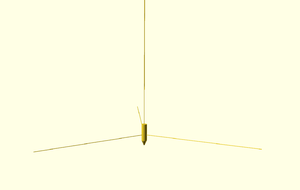 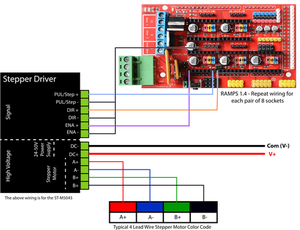 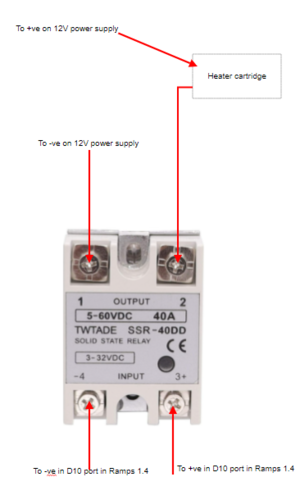 Pronterface software is used to operate this hybrid 3D printer which is opensource and can be downloaded from here[[18]]. Marlin firmware with loaded hangprinter settings is used for this hybrid printer. A few changes in firmware are done from original V3 for this hybrid printer and can be found here[[19]]. Once the firmware is loaded into the Arduino board pronterface application which was downloaded earlier is to be used to operate the hangprinter. Recommended steps of operations are given below: 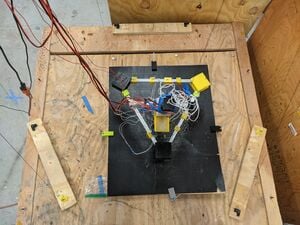 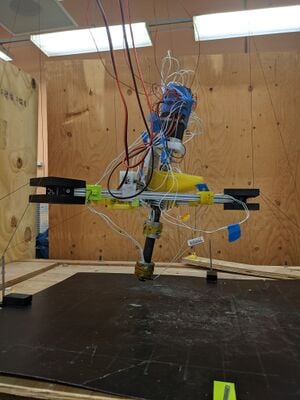