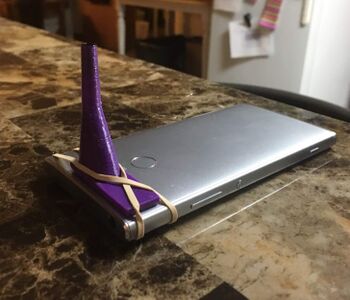 Project developed by Ejweiden NOTE: This is NOT a regulated diagnostic tool, only medical professionals can make a diagnosis.

An otoscope is a medical instrument or device used to examine of the eardrum and the passage of the outer ear, which can be dificult to see to the naked eye. From an otoscope a medical professional or health care provider can diagnose or recognize ear infections, fluid in the ears, tearing of the eardrum and more.

If ear symptoms go continuously on treated, they can lead to hearing loss. Millions of people in across the globe suffer from hearing loss [1]. The first step to avoiding hearing loss is primary prevention such as diagnosing ear simple ear infections. "Experts say at least half of all hearing loss cases are avoidable through primary prevention" [2], care like this can be costly and hard to come by in developing countries. And because otoscopes, a very basic and necessary medical device, can be expensive, an simple, cheap, adaptive, otoscope could be a useful solution for those who are lacking primary preventative care.

Estimated Print Time: 31 minutes when printed at these settings

Estimated Assembly Time: < 5 minutes to attach printed part with a rubber band to the phone 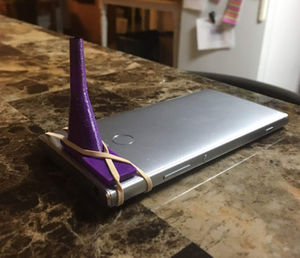 This device cost $0.08 to in material to print