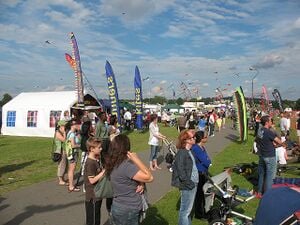 Location
From Wikipedia:London Borough of Lewisham

Lewisham ( (listen)) is a London borough in south-east London; it forms part of Inner London. The principal settlement of the borough is Lewisham. The local authority is Lewisham London Borough Council, based in Catford. The Prime Meridian passes through Lewisham. Blackheath, Goldsmiths, University of London and Millwall F.C. are located within the borough.

Together with other smaller sites, such as ponds, woods, and railside areas there is a total of 1185 acres (474ha) of land defined as Sites of Importance for Nature Conservation. W

Sue Godfrey Nature Park is a small park and local nature reserve in Deptford in the London Borough of Lewisham. It is a mixture of rough grassland, scrub and ruderal plants.

The park grew up on wasteland, and was opened in 1984 as Bronze Street Nature Park. It was renamed in 1994 after local environmental campaigner Sue Godfrey, in recognition of the efforts she devoted to the park.

More than 200 species of plants have been recorded and there is a wide variety of invertebrates, including grasshoppers, bush-crickets and six species of butterflies.

The reserve is located between Bronze Street and Berthon Street; Deptford Church Street is to the west, with St Paul's, Deptford on the other side of the street.

From Wikipedia:Parks and open spaces in the London Borough of Lewisham

Lewisham parks and open spaces are part of the "green lung" of London and include a diverse range of sites, from small urban parks and gardens to one of the most historic natural landscapes in Greater London at Blackheath.

In 2009 Bold Vision was established as a social enterprise with the aim of strengthening community in the area (of Telegraph Hill). Bold Vision's first project was building the Hill Station - a cafe, community gathering point, learning centre and performance / exhibition space between the two halves of Telegraph Hill Park in the undercroft of Telegraph Hill Centre. Bold Vision was supported by Telegraph Hill Centre who leased the space on a peppercorn rent, acting as an incubator to channel seed funding for the new venture in addition to making a financial contribution. Bold Vision's other projects include Common Growth, a food growing project and acting as an incubator to enable the campaign to save New Cross Public Library. [1]

From Wikipedia:London Borough of Lewisham § Cycling

Quietway one links Lewisham to Greenwich and in toward central London

One Cycle Superhighways will operate through Lewisham in the future.