From Appropedia
Redirected from Haringey 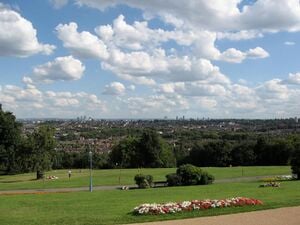 The London Borough of Haringey (pronounced (listen) HARR-ing-gay, same as Harringay) is a London borough in North London, classified by some definitions as part of Inner London, and by others as part of Outer London. It was created in 1965 by the amalgamation of three former boroughs. It shares borders with six other London boroughs. Clockwise from the north, they are: Enfield, Waltham Forest, Hackney, Islington, Camden, and Barnet.

Haringey covers an area of more than 11 square miles (28.5 km2). Some of the more familiar local landmarks include Alexandra Palace, Bruce Castle, Jacksons Lane, Highpoint I and II, and Tottenham Hotspur Football Club. The borough has extreme contrasts: areas in the west, such as Highgate, Muswell Hill and Crouch End are among the most prosperous in the country; in the east of the borough, some wards are classified as being among the most deprived 10% in the country. Haringey is also a borough of contrasts geographically. From the wooded high ground around Highgate and Muswell Hill, at 426.5 feet (130.0 m), the land falls sharply away to the flat, open low-lying land beside the River Lea in the east. The borough includes large areas of green space, which make up more than 25% of its total area.

Haringey 40:20, Haringey Carbon Commission, Haringey has committed to reduce CO2 emissions by 40 per cent by 2020.

food from the sky, non for profit collaboration between Thornton's Budgens and Positive Earth Project, a permaculture community garden/workshop/event space on the roof of the Crouch End's store - The Meadow's Project, The Shepherd's Cot Meadow

The Lea Valley Walk is a 50-mile (80 km) long-distance path located between Leagrave, the source of the River Lea near Luton, and the Thames, at Limehouse Basin, Limehouse, east London. From its source much of the walk is rural. At Hertford the path follows the towpath of the River Lee Navigation, and it becomes increasingly urbanised as it approaches London. The walk was opened in 1993 and is waymarked throughout using a swan logo.

UK's first non-profit hotel will offer community space and a home away from home for artists, Oct 23[3]

Why Haringey should be the next venue for global climate talks, December 3[4]

Page data
Retrieved from "https://www.appropedia.org/w/index.php?title=Haringey_community_action&oldid=665909"
Cookies help us deliver our services. By using our services, you agree to our use of cookies.
Categories:
About Appropedia · Policies · Contact · Content is available under CC-BY-SA-4.0 unless otherwise noted.