From Appropedia
Redirected from Cumbria 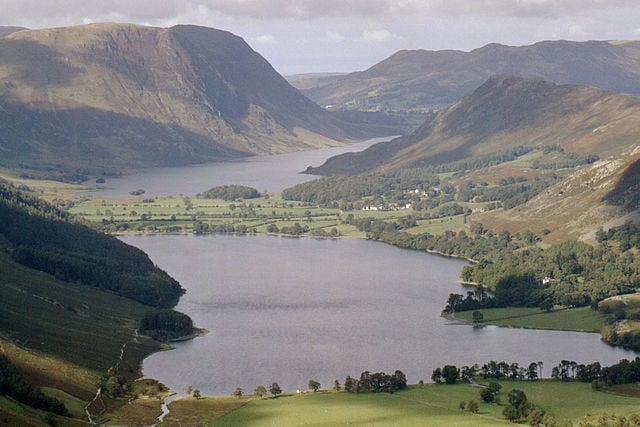 Cumbria ( KUM-bree-ə) is a ceremonial and non-metropolitan county in North West England, bordering Scotland. The county and Cumbria County Council, its local government, came into existence in 1974 after the passage of the Local Government Act 1972. Cumbria's county town is Carlisle, in the north of the county. Other major settlements include Barrow-in-Furness, Kendal, Whitehaven and Workington.

The administrative county of Cumbria consists of six districts (Allerdale, Barrow-in-Furness, Carlisle, Copeland, Eden and South Lakeland) and, in 2019, had a population of 500,012. Cumbria is one of the most sparsely populated counties in England, with 73.4 people per km2 (190/sq mi). On 1 April 2023, the administrative county of Cumbria will be abolished and replaced with two new unitary authorities: Westmorland and Furness (Barrow-in-Furness, Eden, South Lakeland) and Cumberland (Allerdale, Carlisle, Copeland).

Cumbria is the third largest ceremonial county in England by area. It is bounded to the north-east by Northumberland, the east by County Durham, the south-east by North Yorkshire, the south by Lancashire, the west by the Irish Sea, and the north by the Scottish council areas of Dumfries and Galloway and Scottish Borders.

Cumbria is predominantly rural and contains the Lake District National Park, a UNESCO World Heritage Site considered one of England's finest areas of natural beauty, serving as inspiration for visual artists, writers and musicians. A large area of the south-east of the county is within the Yorkshire Dales National Park, while the east of the county fringes the North Pennines AONB. Much of Cumbria is mountainous and it contains every peak in England over 3,000 feet (910 m) above sea level, with the top of Scafell Pike at 3,209 feet (978 m) being the highest point in England. An upland, coastal and rural area, Cumbria's history is characterised by invasions, migration and settlement, as well as battles and skirmishes between the English and the Scots. Notable historic sites in Cumbria include Hadrian's Wall (also a World Heritage Site), Carlisle Castle, Furness Abbey, Hardknott Roman Fort, and Brough Castle.

Fix the Fells - Friends of Blencathra - Green Heart Den, user friendly urban oasis in which people can relax in and enjoy, possibly taking part in a range of activities and visiting again and again, Barrow-in-Furness

One million cubic metres of waste near Sellafield housed at a site that was a mistake, admits Environment Agency, April 20[5]

Cumbrians Opposed to a Radioactive Environment

Page data
Retrieved from "https://www.appropedia.org/w/index.php?title=Cumbria_community_action&oldid=665950"
Cookies help us deliver our services. By using our services, you agree to our use of cookies.
Categories:
Maintenance categories:
About Appropedia · Policies · Contact · Content is available under CC-BY-SA-4.0 unless otherwise noted.