From Appropedia
Redirected from Cornwall 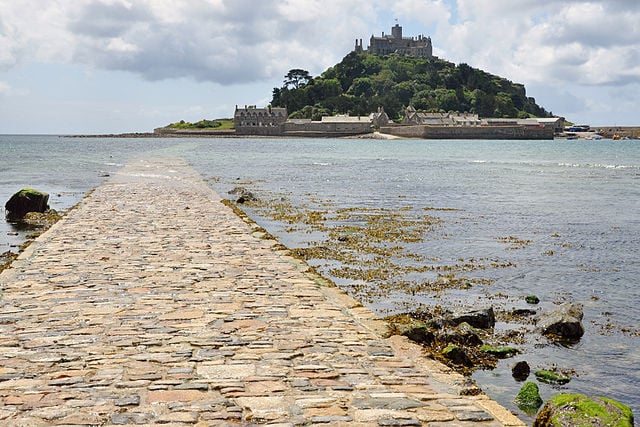 Cornwall (; Cornish: Kernow [ˈkɛrnɔʊ]) is a historic county and ceremonial county in South West England. It is recognised as one of the Celtic nations, and is the homeland of the Cornish people. Cornwall is bordered to the north and west by the Atlantic Ocean, to the south by the English Channel, and to the east by the county of Devon, with the River Tamar forming the border between them. Cornwall forms the westernmost part of the South West Peninsula of the island of Great Britain. The southwesternmost point is Land's End and the southernmost Lizard Point. Cornwall has a population of 568,210 and an area of 3,563 km2 (1,376 sq mi). The county has been administered since 2009 by the unitary authority, Cornwall Council. The ceremonial county of Cornwall also includes the Isles of Scilly, which are administered separately. The administrative centre of Cornwall is Truro, its only city.

Wikipedia:Flora and fauna of Cornwall

Wadebridge Renewable Energy Network (WREN) based in Wadebridge, Cornwall, is a grass roots social enterprise aiming to transform the area into the first solar powerered and renewable energy powered town in the UK. The group plans to install 1 MW peak capacity of solar panels; with ten installations already in place and another ninety planned they hope to generate at least a third of its electricity from solar and wind power by 2015.

The WREN Steering Group consists of residents, councillors from Cornwall Council and Wadebridge Town Council, together with representatives of the Wadebridge Chamber of Commerce.

The scheme could also generate £450,000 a year for the town with money coming from a Feed-in tariff which offers a premium price for renewable energy. The county council has granted planning permission for four new solar farms and sent plans for a further five out for consultation. In February 2012 the WREN project was awarded £68,000 as part of the coalition Government's Local Energy Assessment Fund and in May 2012 won an award for Best Third Sector Business in the 2012 Cornwall Business Awards.

In 2013 Stephen Frankel (chairman of WREN) was named South West Sustainable Energy Champion at an award ceremony in Bath.[1]

WREN opened the high street Energy Shop in central Wadebridge in December 2011. WREN has over 1,000 members. Wadebridge launched its own currency in 2012; 'The Wren'. Wadebridge has been designated as the pilot site for Smart Cornwall, and is pioneering the development of the "Smart Market Town".[2]

Cornwall Council approves plans for all of Cornwall's electricity to come from low carbon sources by 2030, Jan 30[6]

83.2% voted in St Ives to ban second home owners from buying homes in new developments, May 6

Cornish town of Wadebridge plans to restore its energy self-sufficiency by 2020, Febraury 25[16]

How to power Cornwall on renewables, May 6[17]

Page data
Retrieved from "https://www.appropedia.org/w/index.php?title=Cornwall_community_action&oldid=666035"
Cookies help us deliver our services. By using our services, you agree to our use of cookies.
Categories:
Maintenance categories:
About Appropedia · Policies · Contact · Content is available under CC-BY-SA-4.0 unless otherwise noted.