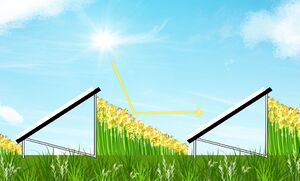 Bioreflector concept.
This project is going to determine the viability of using plants as low-concentration reflectors for solar PV.

The bioreflectors project is going to determine the viability of using plants as low-concentration reflectors for solar PV. It is a subset of agrivoltaics where photovoltaics and crops are co-located. Normally the economic value of the combined system beats either system alone (see The potential of agrivoltaic systems). The first experiment will investigate using the bioflectors in a conventional front reflector geometry but later experiments will consider back reflecting on bifacial modules.

This project is supported the following publications:

The Panels can be fragile - handle this device with care. They are also reflective - be sure to wear sunglasses while during usage of the device.

The Albedometer has two current measurement channels with independent offset and gain stages. The short circuit current is measured using a ACS712ELCTR-05B-T5A Hall Current sensor. Since the current sensor's output is 0V - 5V, and it can detect negative and positive current, and output of 2.5V represents a current of 0A. The max current that the panel can output is 1.5A - so ideally the measurement relationship would be 0A results in 0V output, and 1.5A results in 5V output (to fully utilize the available voltage range). Hence the offset and gain stage of the amplifier.

The circuit board should be set up as shown in the figure below - with a variable current source feeding a short circuit current through both measurement channels of the board. 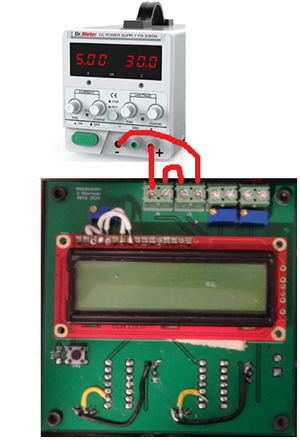 Additionally - there are 4 calibration values in the Firmware that must be reset CompM and IM should be set to "1", and CompB and IB should be set to 0. The gain potentiometers (RV3 and RV4) should also be set such that they are applying a gain of 1 (turn them both clock-wise until there is a faint clicking)

Hook up the circuit board to a computer, and open the Arduino IDE. Then open up the Serial Plotter (Tools > Serial Plotter) input a current of 0 A, and adjust the offset potentiometers (RV1 and RV2) until both measurements are identical, and as close to 0 as possible. Once the value has stopped changing - do not keep turning the potentiometer. The offset values are now set. Set the variable Ch1_Offset to the value that channel 1 reads with 0 current, and Ch2_Offset to the value channel 2 reads with 0 current. Upload the firmware with the updated variables.

Now change the source current to 0.75A, and adjust both gain potentiometers (RV3 and RV4) until the measurement for each channel is 500 exactly. The gain stage is now set.

The final step is to ramp through a range of values (0A through 1.5A in increments of 0.25A) and record the ADC value displayed in the Arduino Serial Monitor. Input the data for each point into LibreOffice Calc, and generate a linear trend line (based off of panel 2) (force the intercept to 0), like the one shown below: 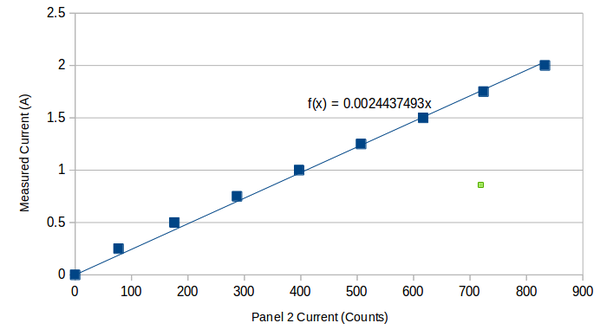 Set IGain based off of the slope generated trend line - these values effectively scale the ADC counts to the actual units of measured current.

The solar cells may have slightly varying outputs and therefore the relation between their outputs must be found (IE given a certain amount of light, Panel 1 might output 1.24 amps, where Panel 2 outputs 1.27 amps). To do this, disassemble the device and place the panels in an unshaded area, side by side, facing south. Ideally the weather should be cloudy - so the panels see varying intensities of light.

Press the yellow button on the device until it is taking 100 samples per measurement (S/M) Open up the serial monitor in the Arduino IDE and allow data to be collected for at least an hour. Copy the data into LibreOffice Calc and find the linear relation mapping panel 1 onto panel 2 (as seen in the figure below) 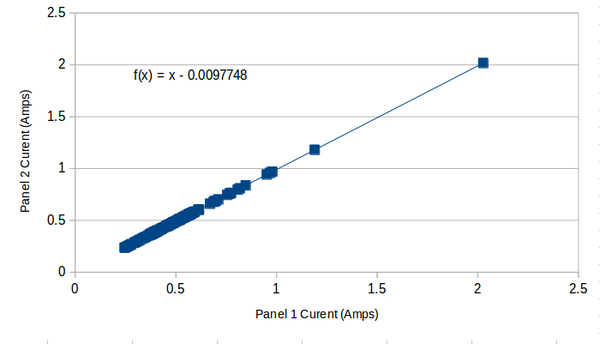 Display the line's equation and set the variables CompM (likely 1) and CompB in the Arduino code accordingly. These coefficients will scale the measurement of Panel 1 to appear equivalent to Panel 2. Upload the updated code to the controller, and collect data in the serial monitor for another period (~10 minutes). Copy the data into LibreOffice Calc and this time divide column 2 by column 1 to find the apparent albedo. Plot the newly generated column relative to one of the panel's measurement columns. The albedo should be very near to 1 for every input current - if they are not, then tweak the CompM and CompB values accordingly.

The handle is made from two pieces for ease of shipping and storage - the two halves can be joined together with four 1" wood screws. 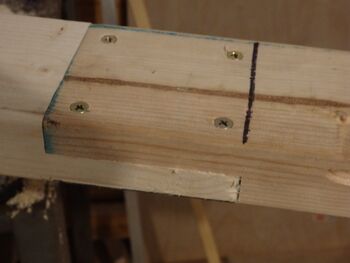 Attach bullseye level to handle with nails, screws or epoxy facing up.

The Samples per Measurement (S/M) value can be changed by clicking the yellow button. Each click increments the S/M value by 10 - up to a max of 990. Then the device will roll over back to 1 S/M. It is recommended to use a higher value of S/M on windy and mixed shade conditions. 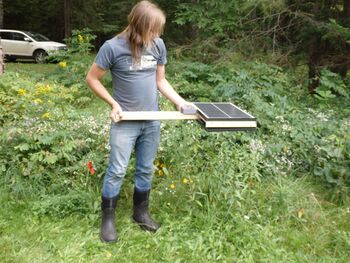 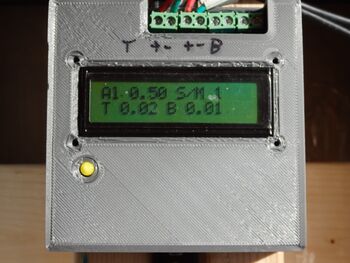 Store all data in appropriate folder on the OSF https://osf.io/rqs69/

Data to be collected on plants[edit | edit source]

Collected once with references for external facts[edit | edit source]

Sample 5 locations of each type of plant and tag and locate them so we will be able to return to the exact same plants at least 4 times over the coming year.

Data to be collected on agrivoltaic array[edit | edit source]