These are the instructions for the assembly and construction of Organic Flapjack's Barrel O' Fun worm bin.

How to Build the Barrel O' Fun Worm Bin: 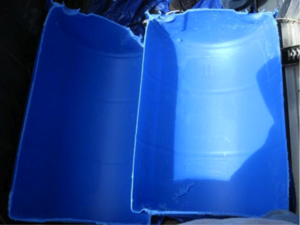 Figure 1: The 55 gallon barrel cut in half. (Photo by Paul Sereno)
The first step, after obtaining a food-grade 55-gallon drum, is to cut it in half lengthwise, as shown on the left.
2 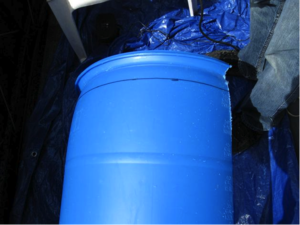 The removal of the end will create a "nest" barrel. (Photo by Paul Sereno)
Cut 3” off of one end of one half, seen as the line marked for cutting. This will make the “nest” barrel.
3 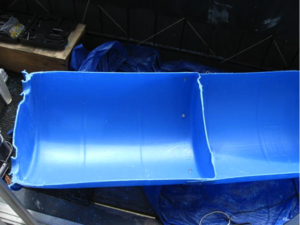 Figure 1b: The barrels are connected and overlap by 5". (Photo by Paul Sereno)
Then lay the intact half inside the nest barrel. Adjust the barrels until they overlap by 5”.
4 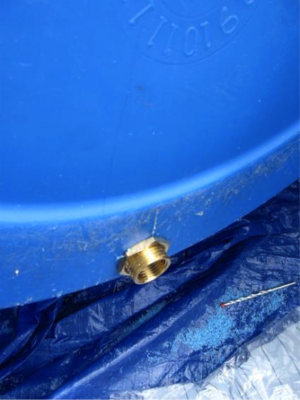 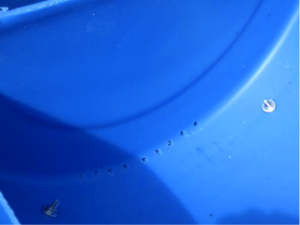 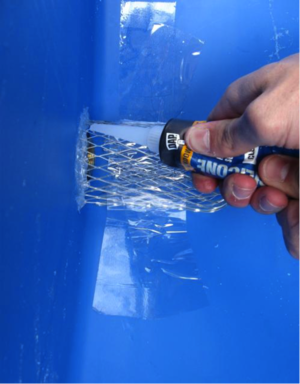 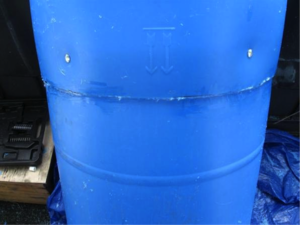 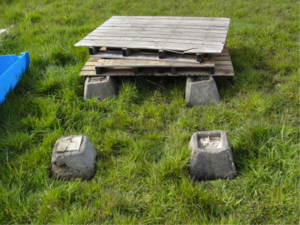 Figure 1g: The pallets and the cinder blocks set in place. (Photo by Paul Johnston)
After the caulk has set, the base is created. Six cinder blocks are placed underneath the corners of the pallets.
9 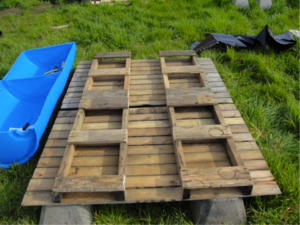 Figure 1h: The trough is cut into the pallet. (Photo by Paul Johnston)
The pallets then have the center of the top planks removed, creating a trough.
10 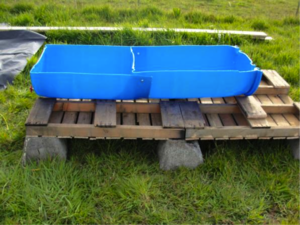 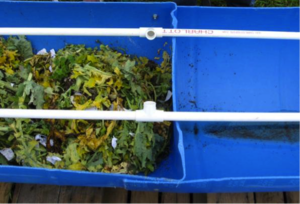 Figure 1j: The T-jointed crossbars that span the barrel. (Photo by Paul Sereno)
The connection of the barrel is supported by placing a small cut of 4”x4” lumber inside the trough. The rain cover is constructed with ½” PVC piping. For this barrel, four 2’7” lengths, two 7¼” lengths, two ½” T-joints, and one ½” 90° elbow are used. Two of the 2’7” sections are joined by a T-joint, to make a total of two 5’2” crossbars that will span the length of the barrel.
12 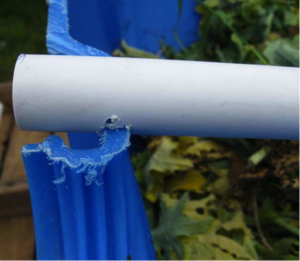 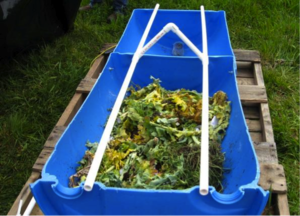 Figure 1l: The elbow piece is inserted, which will tent the plastic sheet. (Photo by Paul Sereno)
The crossbars are placed apart by 9½”. The 7¼” sections are joined by the 90° elbow. The free ends of the sections are placed in the free opening of each T-joint, to provide a tent for the 10 mil plastic sheet.
14 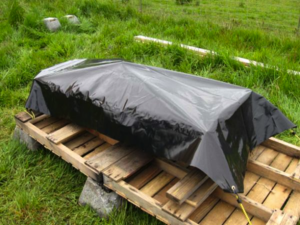 Figure 1n: The sheet is bungeed to the corners of the pallet, and adjusted for a snug fit. (Photo by Paul Sereno)
The 10 mil plastic sheet is laid over the top and cut, with an overhang of at least 6” on each side. Grommets are installed at each corner of the sheet, folding over the corners for extra strength. The worms are then added to the bin, along with compostable waste and the bedding material (horse manure or shredded paper).
15 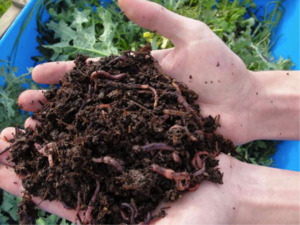 Figure 1m: Worms are added to the bin. (Photo by Paul Johnston)
Worms should be added at the ratio of one pound of worms to every half-pound of waste. The sheet is then bungeed to the pallet with four 24” bungee cords. One end is hooked into each corner, and the other end is wrapped around a board on the pallet. The sheet is then adjusted to ensure a snug fit.

How to Maintain[edit | edit source]

The sheet is removed weekly in order to feed the worms. After approximately 6-8 weeks, the compost should be ready to harvest. When it is time to harvest, only one corner of the bin (about one quarter of the surface) is fed. Over a few days, the worms will migrate to this area. This area is then scooped up and placed in the empty half of the bin along with more waste and bedding. The vermicompost can then be shoveled out of the full half, and the cycle continues.

Over time, due to the break down of organic waste, leachate will build up at the bottom of the bin. As the barrel is elevated, the leachate should drain through the drain holes in the divider and down to the spigot area. The spigot can then be opened and the leachate collected. The leachate can be mix at a ratio of 1 cup of leachate to 2 gallons of water. The resulting liquid can be applied to soil or plants.