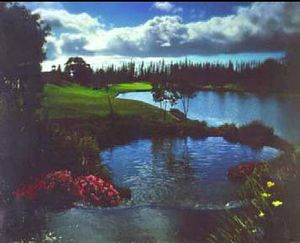 This page refers to the treatment and reuse of water. For the direct use of wastewater, see Greywater. See also Sanitation, Biogas and Composting toilets.

Water recycling and reuse is a tool that can reduce the need for dams and other traditional water supply infrastructure. Recycled water derives from residential and commercial wastewater that has been treated to produce a high-quality source of water.[1] Instead of this wastewater being dumped into rivers, it receives a high level of treatment and is put directly back to use in the system. The level of treatment it receives and where it goes depends on its intended use. An Environmental Protection Agency (EPA) chart, available at http://www.epa.gov/region9/water/recycling/index.html, outlines treatment requirements for various uses of recycled water.[1]

Recycled water used in irrigation can be stored in a cistern or tank of some kind and can be reused only once, while industrial (e.g., power plants) water reuse pulls the water into a closed system and cycles the same water through the system continually. Recycled water can decrease the amount of water diverted from freshwater sources as well as the dependence on a water supply dam. Recycled water can be used for agricultural and landscape irrigation, toilet flushing and industrial processes. In fact, recycled water has the greatest potential when replacing freshwater in small-scale agriculture and landscape irrigation[2] (e.g., public parks, golf courses, and small farms) and cooling water for power plants and oil refineries because so much water is used in these processes.[3] Cycling through used water can significantly decrease water use in highly industrialized areas.[4]

While individuals and industry can proactively implement water-recycling programs, participation increases significantly when a municipality develops a water-recycling program and offers incentives to the public. Many cities have undertaken large-scale water recycling programs in schools and government buildings to reduce waste and supplement current water supply systems during dry periods and droughts. Many municipalities not only offer incentives for voluntary water recycling using, but also use reclaimed water (see below) to recharge groundwater aquifers and supplement water supply reservoirs. This is known as indirect potable reuse and is practiced in several locations throughout the United States (see case study below for example). By injecting recycled water into an aquifer or a water supply reservoir, cities and regions can raise water tables and increase water availability.[1]

'Reclaimed water' is often used interchangeably with 'recycled water.' However, many publications make the distinction between these two at point of use. 'Reclaimed' water usually undergoes more advanced treatment and is used for indirect potable use. Recycled water may not undergo as thorough a treatment and is generally used for non-potable use.

Use of recycled water as a direct potable[5] supply is common in European cities, including London, and has also been safely used in Namibia (Africa).

Water recycling has become a high profile and controversial issue in Australia in 2006 and 2007, with the Queensland government declaring that due to the critical need for water, it would implement recycling in spite of a negative referendum result in the city of Toowoomba. See Wikipedia:Toowoomba#Water. Green groups and water professionals have advocated water recycling in Sydney,[verification needed] but the New South Wales government favors desalination.

While the use of recycled water for non-potable[7] purposes is generally accepted practice, public misperceptions and concerns still exist about its use (both in regard to non-potable and direct/indirect potable use). Certain municipalities, such as San Antonio and San Diego, are finding they have to undertake substantial public outreach campaigns to educate consumers and address their concerns about recycled water programs. Furthermore, when used in aquifer recharge, there could be a risk of contaminating groundwater and drinking water with inadequately treated wastewater. Other barriers to the use of recycled water include the initial costs (see below) associated with installing the wastewater reuse and distribution system, and also (depending on the type of system proposed) difficulty in obtaining permits from appropriate agencies.[1]However, it can actually be a cheaper alternative when compared to the cost of building a new dam or stormwater treatment facility.

Costs of water recycling systems vary widely depending on the use and the level of treatment required, ranging from a few hundred dollars to as much as $8,000.[8] However, many agencies sell recycled water at rates 60 to 85 percent of their potable supply in order to encourage industry and local communities to participate.[9] The city of San Diego, for instance, offers rates of $0.80/HCF for recycled water and rates of $1.57/HCF for potable.[10] States like California that are forced to be progressive in dealing with water issues often provide funding or direct interested parties to potential funding sources. For example, the San Diego County Water Authority has two sources of financial assistance available for setting up a recycled water system: the Financial Assistance Program and the Reclaimed Water Development Fund. Other sources of funding include the Metropolitan Water District of Southern California's Local Resource Program, the Bureau of Reclamation's Title XVI Grant Program, and the State Water Resources Control Board's low-interest revolving loan program.32 In San Jose, the city will provide the design and construction to retrofit a facility for recycled water at no cost to the owner.33 8. City of San Jose, Environmental Services, Retrofits for Recycled Water, (2 July 2003).

Around 1989, the cities of San Jose, Santa Clara, and Milpitas in California launched the South Bay Water Recycling (SBWR) program to bring a reliable and sustainable water supply to the South Bay area. Recycled water is now used to irrigate golf courses, parks, school grounds, and agricultural lands, and for industrial processes and cooling towers at over 360 locations in the three cities.[11] Using recycled water is often significantly cheaper for both the city and the end-user. For example, as of December 2001, using recycled water for irrigation within the South Bay area costs 20 to 42 percent less than using potable water for irrigation.[12]

The Hueco Bolson Aquifer supplies much of the water to the arid town of El Paso. For the past 15 years, this aquifer has been successfully recharged with up to 3.27 billion gallons per year of reclaimed water treated to "drinking water standards". The reclaimed water has been introduced to the aquifer through a series of injection wells and infiltration basins. Subsurface storage of water has proved beneficial to the long-term management of the aquifer by supplying additional recharge, which offsets water level declines from the operation of its production wells. Prior to implementing this project, water tables were dropping at a rate of two to six feet per year. By 1990, the project had raised water tables eight to ten feet above what they would have been without the project.[13]