From Appropedia
Jump to navigation Jump to search
About this device 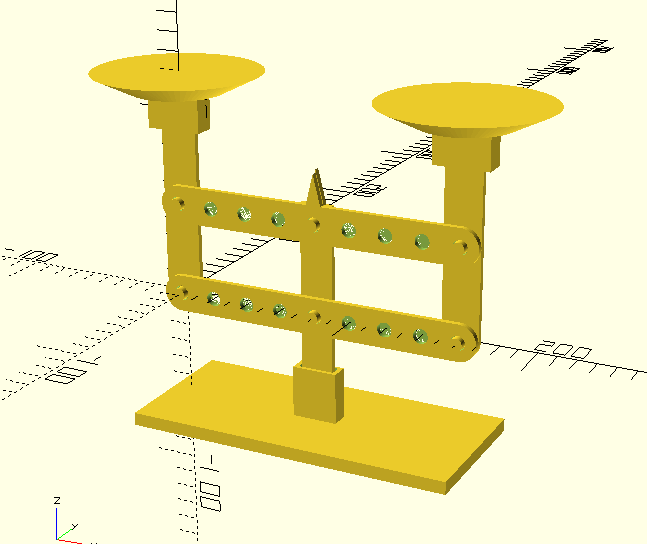 A simple Roberval measuring scale design that can be adjusted to support different weight multiples. By design, the exact positioning of the masses on the scales does not affect the comparison of weights, unlike a simpler lever-type scale. 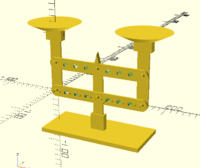 The parts can be obtained from the following source at Youmagine: [1]

Optionally, glue can be used to fasten the parts more securely together. If the printer prints tight tolerances, sandpaper would not be amiss.

Tools needed for fabrication of the OSAT[edit | edit source]

Skills and Knowledge Necessary to Make the OSAT[edit | edit source]

There are really no commercial counterparts to this design. Most scales available are of a different variety, such as the kitchen scale available at Amazon[3] for $29. The cost of the PLA, at $25/kg, would work out to be approximately $3.82 for this print, saving around $25.