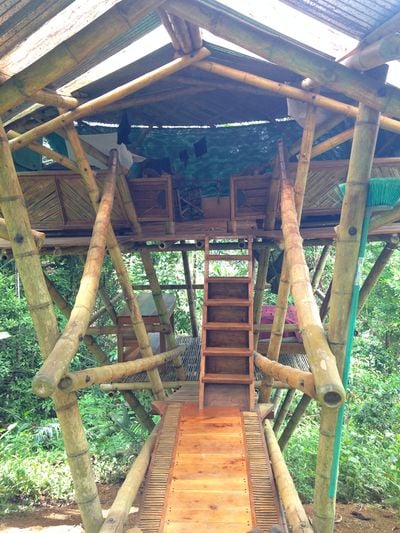 The Hooch bamboo house is a structure at Rancho Mastatal designed by Joe Scheer. It is made almost entirely of bamboo. The Hooch was constructed in 2003 with local and volunteer labor, and it took about a year to complete. The bamboo came from Los Diamantes in Costa Rica and was treated to force out all sap, and then finished with beeswax and oil. The total cost for the Hooch was approximately USD $5,000.

The table below describes the various components of the Hooch house.