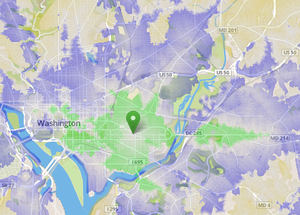 OpenTripPlanner describes itself as "the leading open source platform for multimodal trip itinerary planning and network analysis." - see http://opentripplanner.com. It was originally developed and released in 2009, and is hosted by the [OpenPlans] organisation.

OpenTripPlanner is actually in use as the official public transport journey planning website for several cities in both the U.S. and internationally.

An interesting new development in the project is extending it to be able to support transport system analysis, not just journey planning support, by generating analyses such as Travel Time Maps based on the same data used for journey planning. This has interesting applications for both transport agencies, but also transport researchers, and concerned citizens / transport activists. See: http://web.archive.org/web/20140102022501/http://opentripplanner.com/planners-researchers/.